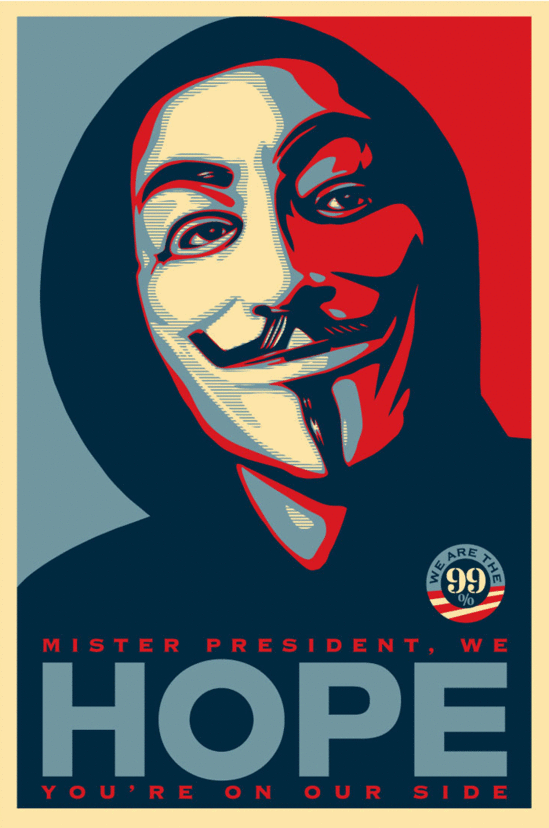 Alan Moore and David Lloyd’s V For Vendetta continues to inspire as a symbol of resistance. Here’s the latest version.

L.A. street artist Shepard Fairey has released a second original design for the Occupy Wall Street movement — and this time, instead of playing it safe with a wistful scene out of an Angela Davis documentary, he’s given his own (in)famous HOPE poster from Obama’s first election campaign a rebellious makeover.

It uses all the same colors and graphic-design aesthetics as the original. Only difference is, Fairey has replaced President Obama’s heavenward gaze with a “V for Vendetta” Guy Fawkes mask — one of the key props used by Occupy Wall Street protesters.

Across the bottom, the poster reads…

… “Mister President, we HOPE you’re on our side” (little passive-aggressive there?), and it’s stamped with a “We are the 99 percent” logo.

For one last dose of irony, Fairey recycles the same red-white-and-blue “O” he once used as Obama’s first initial into a ring around the “99 percent” slogan.