Who Withholds The Watchmen? Bookstores Drop Graphic Novels After Amazon Deal With DC 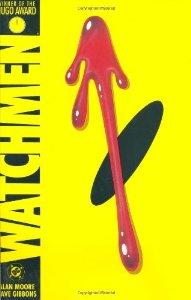 And the argument goes to the mainstream press:

Amazon, seeking to make its coming Kindle Fire tablet as appealing as possible, negotiated a deal with DC Comics for the exclusive digital rights to a hundred popular graphic novels. Among the series: Superman, Batman, Green Lantern, the Sandman and Watchmen.

Barnes & Noble, with a tablet of its own to nurture, did not like this one bit. Two weeks ago it removed all the copies of the physical volumes from its 1,300 stores, saying it would not carry any book if it were denied the right to sell the digital version.

via Bookstores Drop Comics After Amazon Deal With DC – NYTimes.com.