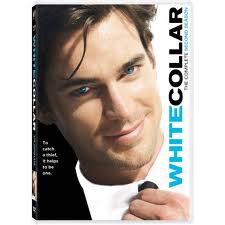 USA Network sells itself as a place with memorable characters, which they certainly do. When they don’t have a lot of money compared with prime time networks, they need to be challenged creatively and have delivered over the last few years a handful of series that are never less than entertaining to watch. Beginning with the wonderful [[[Monk]]], they set the template for engaging and quirky series set in a variety of settings (wherever they can shoot cheap and probably get a tax break) but it also means the shows have distinctive looks unlike the slick gloss found on the big five networks.

The high concepts aren’t all that different from what you find on the majors but the tone feels lighter and brighter, even when things get dire. By building the shows around the characters, you quickly get emotionally invested so when things happen to them, you cheer or cry or anxiously want to see what comes next.

A new quirk is that the seasons are broken up, with around half offered up over the summer, when we want lighter fare, and you get a cliffhanger until January, when the networks tend to avoid burning new episodes in the post-holiday fatigue period.  This way, we get fresh, fun fare with familiar characters as a nice bridge.

USA isn’t alone in this arena, but they started it and capitalized quite nicely adding show after show, with two new ones coming soon. Tonight, [[[White Collar]]] returns for its third season and today, the second season is available on a four-disc box set.  The show, for those unfamiliar, is largely a buddy story of a seemingly uptight FBI agent, Peter Burke (Tim DeKay), and the notorious forger and thief Neil Caffrey (Matt Bomer), whom he has captured twice and now uses as a consultant.

The series, from creator Jeff Eastin, has built up a nice mythology for itself with meta-stories about what happened to Neil’s girlfriend Kate which led to a hunt for a music box which led to the mystery of what was inside the music box and then that led to the climax at the end of season two, but in the final seconds, you’re also given a new mystery that will propel the third season. Eastin and his writers are very clever in finding twists and turns, setting up the mid-season cliffhanger and then sending the cast in a new direction.

The supporting cast has grown quickly and is being deepened, notably with Neil’s cohort, the conspiracy theorist Mozzie (Willie Garson). His background was explored as was, to a lesser degree, Peter’s wife (Tiffany Thiessen) and subordinate Diana Barrigan (Marsha Thomason). Its fun watching the various worlds mesh or clash and clearly the writers are catching where there’s chemistry and adding to those combinations.

Each week is a case of robbery, forgery, counterfeiting and so on and the corporate thieves are never less than interesting and some have been outstanding. But they remain secondary to the clever byplay between the regulars and growing mythology.

The 16 episodes are accompanied by the usual bloopers and deleted scenes but there is also a featurette on Mozzie. Additionally, there’s a too-short look at how an episode is mounted, focusing largely on the location shooting, which occupies four of the seven day schedule. Most disappointing, is the ballyhooed roast between the writing staffs of White Collar and its slightly edgier, sexier companion series Burn Notice (timed to its fourth season set coming out this week as well). I expected clever whit and guffaws, some cutting commentary, and real fun. Instead, both seem too enamored of the other to really cut loose and the two five minute pieces wind up letting me down. (Both roasts appear on both box sets.)

White Collar, though, rarely does so if you’re late to the show, this set is recommended as is tuning in tonight.