In a deal cut by Robert B. Parker’s estate, Penguin’s Putnam imprint will continue to publish two of the author’s most popular series — Spenser and Jesse Stone — under the authorship of writers Michael Brandman and Ace Atkins. The Spenser series debuted in 1974 and is made up of 39 novels; the Jesse Stone series began in 1997 and is comprised of nine novels.

Brandman produced (and wrote the screenplays) for the TV movies based on Parker’s small-town Massachusetts detective, Jesse Stone, that appeared on CBS and starred Tom Selleck in the title role. The first Jesse Stone novel Brandman will release is Robert B. Parker’s Killing the Blues, which is scheduled for September 13, 2011. Atkins, a tested crime author at Putnam with books like White Sahdow and Infamous to his credit, will release the first new Parker-branded Spenser novel in Spring 2012. Parker’s longtime editor, Chris Pepe, will be overseeing both projects. 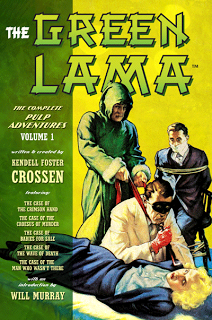 As thus, the triumverate is complete. Following the announcements of writer Adam Garcia and actor Craig Neibaur as part of The AudioComics Company’s forthcoming Green Lama series, we present to you the second of our Green Lama playwrights, Algernon D’Ammassa:

Originally from Rhode Island, Algernon D’Ammassa is an actor, playwright, and longtime pulp aficionado based in southern New Mexico. He did his professional training at Rhode Island’s Tony-award winning regional theatre, Trinity Repertory Company from 1996 – 1999, appearing in numerous productions on the Company mainstage.  He has performed on stages all over the United States and made his film debut with the 2007 release THE CELLAR DOOR, which took a prize at the 2007 Shriekfest. He also appears in the forthcoming releases FOLKLORE and LAST DAYS. Algernon is the author of several plays for radio which have been broadcast on public radio and satellite, including the mind-bending comedy DO YOU HEAR WHAT I HEAR, originally performed by the Shoestring Radio Theatre in San Francisco in 2008.

CATCHING UP ON THE BOOK CAVE AND MORE!

ALL PULP brings you the last few weeks of the BOOK CAVE, ALL PULP’s official podcast, but also something extra! Tune into the pulp podcast master, Ric Croxton’s other podcasts as well, covering comics, pulp, and tangents near and far!!! 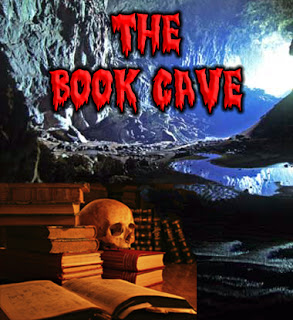