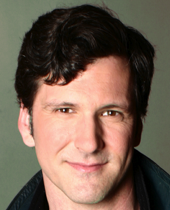 The AudioComics Company is pleased to announce the casting of San Francisco Bay Area stage actor Craig Neibaur in the title role of The Green Lama, part of the production company’s classic pulp audio series.

Neibaur will portray Kendell Foster Crossen’s famed pulp crime-fighter in a brand new series of audio adventures set in the 1930’s and 1940’s. The alter-ego of millionaire Jethro Dumont, The Green Lama is both a detective endowed with superhuman powers through his knowledge of “radioactive salts,” and a practicing Buddhist, utilizing the basic doctrines through his war on crime. The Green Lama is only one of several of Dumont’s identities, his others being the Buddhist priest Dr Pali and adventurer Hugh Gilmore.
Craig Neibaur has graced stages in the San Francisco Bay Area for almost twenty years; after coming to grips with the fact that he was an actor and not a biology major, Craig graduated from San Francisco State University with his Bachelors in Theater and an eclectic body of work that included the classics and modern works. He has continued to work regularly with Berkeley Rep, Encore Theatre, and Bay Area TheatreSports (and its offshoot, True Fiction Magazine) on the West Coast premieres of Five Flights; Silence; Norton I; and The Lonesome West. He has been a core member of Porchlight Theater Company since 2006, appearing with them in Heartbreak House, Ideal Husband, and Under Milk Wood. Not only is Craig an actor but by day a certified massage therapist through his business “Massage for the Arts,” where he donates 10% of all proceeds to not-for-profit local theaters.
Director Lance Roger Axt: “As far as we are concerned, Craig is the Green Lama, hands down. I knew exactly who should play Jet Dumont the minute I started reading the classic Double Detective stories; I heard Craig’s voice in my head, and that was that. I’ve known Craig for many years now, and I know what he can bring to the role. Believe me, it will be a pleasure to work with him on this.” 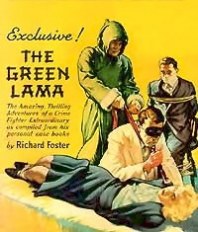 The Green Lama first appeared in the pages of the pulp magazine Double Detective from 1940 to 1943 while simultaneously appearing in Prize Comics in stories that bridged the lines between crime drama and supernatural mystery, He then moved to his own title, The Green Lama published by Spark Publications, in stories that were more superhero in nature, although the scripts were still written by Crossen. More recently the Lama has reappeared in numerous series from publishers ranging from AC Comics to Dynamite Entertainment to Airship 27.

Three years after the demise of his comic series, the character returned for a short-lived CBS radio series in 1949, with the voice-over provided by the legendary Paul Frees, thus making Craig Neibaur the second actor in radio history to don the hood of The Green Lama. The Lama’s new audio adventures record this fall in San Francisco, CA. http://www.audiocomicscompany.com/ 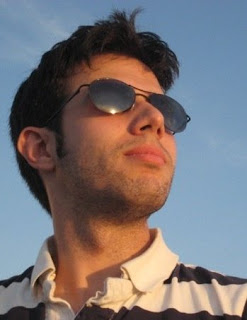 Our pulp audio creative team continues to grow! Following the announcement of actor Craig Neibaur as The Green Lama, The AudioComics Company welcomes one of the country’s foremost Green Lama writers and historians, Adam Lance Garcia, to the fold; Adam will be one of a handful of writers to pen world-premiere audio adventures featuring the alter-ego of Jet Dumont, beginning with a half-hour supernatural mystery recording this fall in San Francisco, CA.

Growing up in Brooklyn, New York, Adam was raised on comic books and movie serials. A graduate of New York University’s Film & Television program, he has worked in animation, film and television; won several awards for his photography; and has written and directed two short films. He has been writing the Green Lama since his first novella, “Horror in Clay” which was nominated for Best Short Story in 2009 Pulp Factory Awards.  Most recently his first novel Green Lama: Unbound won the 2010 Pulp Factory Awards for Best Novel of the Year and Best Interior Art for the work of his frequent collaborator, Mike Fyles; as well as the 2010 Pulp Ark Award for best Pulp Revival. (http://cornerstonepublishers.com)

His short story “Green Lama & the Case of the Final Column” will be featured in the upcoming Altus Press reprints of the original pulp stories, and his original character Dock Doyle will make his premiere later this ear. He is currently at work on the next Green Lama novel, Crimson Circle.

ANOTHER PAGE OF FLYING GLORY COMIN’ AT YA!
From Kevin Paul Shaw Broden-

Play something everyone will like and not too loud… reunion day is underway, and Debra and her friends are under pressure to please everyone. How high are tensions going? Read the next page of “Generational Glory” to find out at http://www.flying-glory.com/ !