Quote of the Day: George R.R. Martin on ‘The Case for Comic Books’ 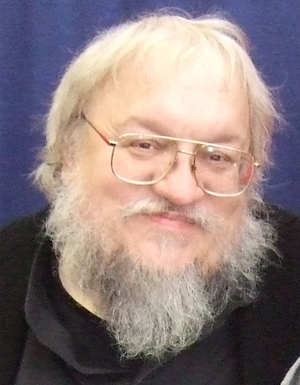 As part of the coverage of [[[Game Of Thrones]]] debuting on HBO, the New York Times quoted author George R. R. Martin delivering a speech at Ambercon 3 in Wichita, Kan., on May 31, 1981.

Every would-be writer needs comic books. I certainly did. I can still vividly recall my discovery of comic books, followed closely by the revelation that this reading stuff was actually good for something. Because comic books had it all over Readers. Comic books had pictures, and so did Readers, but in comic-book pictures somebody was flying or punching somebody, while in my Reader little Sally was crying about her little red boat. Even in my prepubescent days I had this vague feeling that Wonder Woman had it all over Jane, although I couldn’t put my finger on the reason. I did know that watching Spot run was a real drag when I could watch Krypto the Superdog fly instead. And I knew that if they ever met, Krypto would bite Spot’s head off.

So I read every comic I could get my hands on, and my reading got better and better. My teachers soon began to marvel that I read with such “expression,” while the rest of my class read . . . like . . . this. I knew the reason. You need a lot more expression for, “Aha, Superman, now my red kryptonite will turn you into a BOILED EGG!” than you do for “See Spot. See Spot run. Run, Spot, run.” So if the schools don’t do it, remember comic books. Maybe your kid won’t be as quick as I was, and regular comic books won’t do, but even that’s no problem in this day and age. There’s always the undergrounds. “Tales of the Leather Nun” should do it every time.

Of course, anybody who’s ever read Wild Cards knows how much George loves his comics.