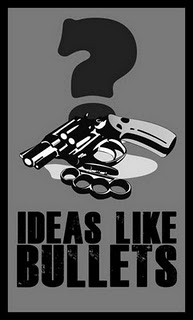 This is going to be one of those rapid fire Tommygun columns for ILB today.   Got a lot going on, but had this idea that I know I’m not likely to get to anytime soon and that just won’t leave me alone.   Now, of course, all the usual copyright stuff applies..this is my idea and all that as of today, so if you want to write it, then holler at me and we’ll discuss details.  This idea has enough legs that once the deluge I’m currently suffering under passes, I will probably pick up and do something with unless someone’s already gotten me to agree to let them have it:)

THE FAMILY MYSTERY
Although the time frame for this idea could be changed, my thought right now is that this is set in the late 1940s-early to mid 1950s.  It centers around a family, the Dentsons.  The five members of the Dentson family are your stereotypical Father Knows Best TV Family on the surface, but they share something other than DNA and a last name.

In the metropolitan city the Dentsons live in, there is a problem.  A major problem.  And that is crime. Crime runs rampant, everything from street level muggings to maniacal super geniuses hellbent on world domination.  Although others in the past have stood against the rising tide, those myths and legends, the handful there were, hung up their masks or faded away following the Second World War.  But another stepped up to fill the void.  One who seemed to be everywhere at once, to know everything, to even master a variety of skills no one person could master, including changing physical size and appearance tor almost any situation.  This hero, this bastion of justice and truth, wraps himself in the shadows of the city he swears to protect.  Cloaked, masked, hidden from view, THE MYSTERY does all one man can do to protect the decent denizens of his city.

Of course, it’s easier when THE MYSTERY is really five people…Meet the Dentsons!

OK, looks like this will be a two part column!  For character descriptions of the Dentsons and some of the other principals, tune back to ALL PULP this weekend as I’ll be finishing this up from WINDY CITY!