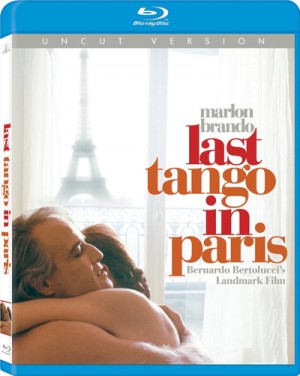 By 1972, a revolution in moviemaking had taken hold and rewritten the rules. 1968 was the pivotal year, but it led to filmmakers around the world trying new ways to tell stories that felt more like the world the audience inhabited. As a result, Bernardo Bertolucci was emboldened to cross several screen taboos and tell a brutally honest story about relationships, loss, and yes, sex. People were stunned when his [[[Last Tango in Paris]]] opened that November.

Starring Marlon Brando, resurgent after [[[The Godfather]]]’s smash success, it was stunning for adults to see the great actor in a frank relationship complete with full-frontal nudity. But the story required someone of Brando’s age and stature to be compelling and for audiences to take the subject matter seriously. He plays Paul, an American living in Paris, whose wife has just committed suicide with no explanation. Stunned, he finds himself wandering to check out an apartment for rent, where he meets Jeanne (Maria Schneider), a young woman about to marry her filmmaker husband. As the two explore the empty rooms, they can’t deny the instantaneous attraction. And for someone as young and attractive as the unhappy Jeanne to find anything remotely interesting in Paul requires the raw animal magnetism that Brando displayed in most of his films to date.

When they have sex on the cold, bare floor, it set them on a path towards exploring their sexuality and freedom from lives that perplex both of them. Brando rents the place insisting that he and Jeanne only meet there, never exchange names, and they remain uninhibited. She agrees and they begin an affair that satisfies their vastly different needs.

Bertolucci wasn’t trying to explore sex for adults in film, but was hailed or condemned as the vanguard of a new style of filmmaking. The movie was very controversial in its day and would remain so were it released today (NC-17 no doubt), but it was far from the explosive beginning of a trend. He, instead, wanted to explore characters and feelings, inspired by the paintings of Roger Bacon, who inspired him to cast Brando.

The movie has been reviled, its use of butter as a lubricant parodied, and its reputation tarnished but it is an adult film for adults if you look beyond the sex. The scene when Brando stands over his wife’s coffin remains powerful.

This is worth a look and I wish it came with features that placed the movie in context for its times, and for the history of movies. Instead, it comes bare bones and is somewhat disappointing as a result. Still, if you have not seen this, now comes your opportunity. If you’re serious about movies, then this is worth a look.