This week, Cliffhanger Fiction from Moonstone takes a different turn into the pulpiness of HORROR!  And who better to do this with than the Lord of Vampires himself in the capable hands of Martin Powell!  If you’re interested in getting the whole collection this story of Dracula appears in, then follow the link at the end of the tale… 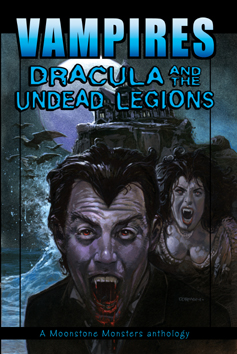