AP: Elizabeth, can you share a bit of your writing background please? 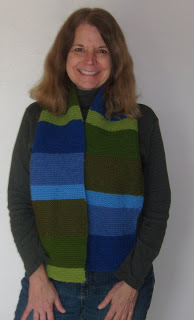 EM: I’ve been publishing professionally since the mid 1980’s, primarily horror fiction but also historical fiction, media-tie ins, and non-fiction books and features for American history textbooks. And poetry. And radio plays. And very newly into comics. And so on and so on. In other words, I pretty much love it all and am game for new projects that might sound intriguing. I’ve received two Bram Stoker Awards for my horror fiction (novel Sineater and novella “Stephen”) and a Scribe award for my novelization of the third season of Showtime’s TV series, The Tudors.

AP:  You have a story featured in the Moonstone anthology, CHICKS IN CAPES. Can you break down what its about?

EM: My story, “Silver Slut, And So It Begins” is about a Rennie, an energetic, optimistic teenaged bicycle messenger in Cambridge/Boston who, for her birthday, is given a gift of a piece of cloth with drawstrings at each end. The cloth is silver on one side, black on the other. She isn’t sure what the heck it is. Her mother suggests she keep it with her throughout the day, just in case, but won’t elaborate. Suffice it to say, without giving away major spoilers, that the cloth turns out to be the best, yet most troublesome gift ever. And Rennie ends up at a huge science fiction convention packed with costumed, overly-enthusiastic attendees, where she earns her unfortunate and inaccurate super hero nickname and must face up against a major crime in the works.

AP: Although super heroines are not necessarily a new innovation, historically most of them have been created by men. Do you think that women creating super heroines brings something different, something more to the process? If so, what? 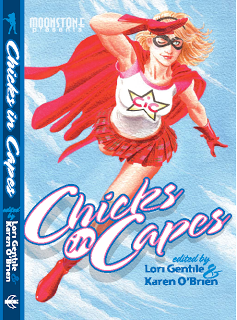 EM: I’ve been asked before if women write horror differently from men. Same thing with historical fiction; with all the gritty reality that lies within, do women hold back or try to soften it a bit? Maybe years back I would have thought so, but now I’m not so sure. I think it breaks down more to the individual writer than the gender of the writer. Traditionally and stereotypically, people might suspect super heroines created by women to be more romantic, or have a softer side, or be more emotional or more thoughtful or reflective. Then more recently, some women writers have made a point of breaking their female characters (super hero and otherwise) out of that stereotype, creating hard-edged, kick ass gals with a take-no-prisoners mind set. At this very moment in time, however, I think the concept of character, regardless of the sex of the writer, has opened quite widely. Some women want to write the hard-edged heroines. Some want to write the softer-edged heroines. Same for men who create super heros; some keep the harder edge on while others peel the edge off. I think nowadays, the whole thing is up in the air. Which is where super heros often should be, anyway.

AP: Do you have any plans to continue in the super heroine genre, either with new work based on your story in CHICKS IN CAPES or a new idea?

EM: I am considering creating a novel with Silver Slut, or perhaps a new comic series featuring her. So, yes, she will live on.