NINE FOR THE NEW-Interview with Robert Butt 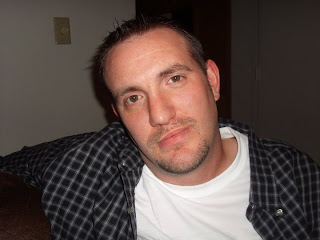 AP: Robert, welcome to ALL PULP! First, can you tell us about yourself, some personal background?

RB: Hey, thanks guys. Well, let’s see, I live right smack in the middle of the country in Kansas City, Missouri. During the day, I’m just a regular guy working in a hospital pediatric unit helping people find their way around and entertaining the little ones. After I clock out things are different. Then I become that crazy writer guy who spends his off days and nights writing himself silly. I thoroughly enjoy having crazy amounts of projects to work on at once, and having insane deadlines to meet. It’s my adrenaline rush.

RB: I’d say the things that have influenced me the most are horror and psychological thriller movies. I love to write those types of stories. Not necessarily the flat out straight forward hack ‘n slash stuff, but more so the types of things that make you stop for a minute and think, “Wow, what if that actually happened” and then get up and look out your windows and check the locks on your doors.

RB: Love interests. I know a lot of pulp stories include the “damsel in distress” bit, but it’s just hard for me to write those into stories.

AP: Are you a pulp fan? If so, how has that affected you as a writer of pulps. If you aren’t a longtime fan, then why pulp?

RB: Honestly, pulp is a bit of a new thing for me. I knew of a few titles such as ‘The Spider’, and ‘Doc Savage’, but didn’t really know they were “pulp”. All I knew was they were cool stories with cool guys. The reason I write pulp is because I love the stories with just the one guy on his own fighting off the evil doers. I like having that lone hero that doesn’t have all the super powers and what not. Instead he relies on his wit, fists, and the occasional six shooter or sword.

RB: I’m always trying to push the envelope with stories as far as characters and the worlds they live in. I mix the “pulp era” with modern times and my idea of the future. An example would be The Divine Wraith whose world is a mix of The Great Depression meeting ‘The Crow’ (movie), and the ‘Mad Max’ post apocalyptic world.

AP: Your first work to be published appeared in a PRO SE PRODUCTIONS magazine. Just who/what is THE DIVINE WRAITH? 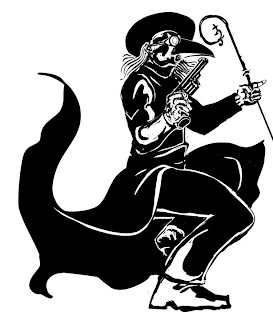 RB: Ah, who is The Divine Wraith. The Divine Wraith is a man who has lead a tough life indeed. He has lived constantly torn between the good and evil within himself. After being thrown out with the trash (literally) by his biological parents shortly after birth, he was raised by a priest, Father Maglione, but found his way to the streets and petty crime. Eventually his decisions lead him off on his own to find out which side of himself to embrace.

RB: I’m actually working with the guys over at Pro Se Productions on some different ways to develop The Divine Wraith.

AP: What is your creative process as far as developing a character? What techniques or steps do you take?

RB: I actually hardly ever start with the character themselves. I usually start with a “world” which usually comes from watching the news or looking up pictures on the internet. I’ll come up with the world and then of course we need a protagonist to live in that world. Then begins the mixing process usually combining eras of history i.e. 20’s, 80’s, and current. After that it’s off to figure out what the character looks like feature and clothing wise.

AP: What’s coming from Robert Butt? Any projects you want to discuss?

RB: I’m definitely planning more Divine Wraith stories for Pro Se Productions. I’m also working on a big project with a group called the Internation Comics Coalition. It’s a big group of really talented writers and artists. Look for that in March. I’ve also just finished a comic script called ‘Chuck & Donna’ which is now in the hands of publisher David Naughton-Shires over at a cool new indie comics publisher, KnightWatch Press. I’m always working on something, so always be on the lookout for something new from me coming to the readers.

AP: Thanks a lot, Robert!