AP: Kevin, welcome to ALL PULP! First, can you tell us about yourself, some personal background? 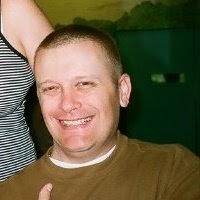 KR: I’ve been writing stories since I was 6 years old. I remember when my parents let me use their typewriter. I created a series called “The Ancient Tomb”. Each episode would end with a cliff-hanger that would be resolved in the next installment. I included a synopsis and front cover art work for each one. I’d distribute them to my grandparents and other relatives. It was fun! Over the years, my stories got longer and more complicated. I’m 39 years old now, and I can still remember writing “The Ancient Tomb” stories and realizing just how much I enjoyed writing.

KR: I enjoy writing fantasy and dark fiction, or horror. Some of my work contains science fiction elements. As a boy, I was fascinated by “The Tell Tale Heart” and “The Fall of the House of Usher” by Edgar Allan Poe. A 1978 miniseries based on Stephen King’s novel, ‘Salem’s Lot, also left a lasting impression on me. I’ve always been a big fan of comic books as well, and “The Green Lantern” is still at the top of the list in that category. I was always amazed by how such enormous powers could be contained in a ring! In the last few years, I’ve become intrigued by the work of Arthur Machen and H.P. Lovecraft.

KR: I’d say I’m most intimidated by mysteries, due to the fact that I haven’t tried it much. I gave it a try with a story called “Tomahawk Mountain”, which I recently submitted to Pro Se Productions. I hope I did a good job! But until I get more comfortable with that genre, I think mysteries will intimidate me the most.

AP: Are you a pulp fan? If so, how has that affected you as a writer of pulps. If you aren’t a longtime fan, then why pulp?

KR: As mentioned earlier, I’m a big fan of comic books, specifically “The Green Lantern”. I love the fast-paced action and the outlandish situations! I think the original “Star Wars” trilogy and the “Indiana Jones” films also got me hooked on action and adventure. Another film that resonates with me is the original “Batman” movie with Jack Nicholson, Kim Basinger, and Michael Keaton. 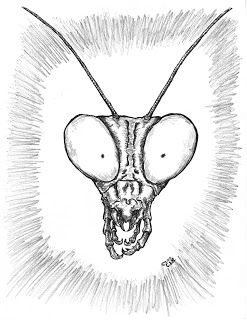 KR: I want my stories to resonate after the final page has been turned. I try to keep the stories fast-paced and free-flowing, which I think is an important element of pulp. I want to place my characters in bizarre situations that will leave the reader wondering: “What would I have done in that situation?”

AP: Your work has been published recently with PRO SE PRODUCTIONS in their various magazines. First, tell us about HELLHOUND, both about the story and what inspired you?

KR: At the facility where I’m employed, there is an officer tower. There are rumors that strange things happen on the sixth floor of the tower (unexplained footsteps, odd music, and radios that turn on without warning). After hearing some of these rumors, I had a nightmare in which I stepped off an elevator, became paralyzed, and felt electricity flowing through my body. I woke up, jotted notes on a piece of paper, and finished “Hellhound” two days later. Many of my ideas come from dreams, but none have ever been as vivid and disturbing as the one that resulted in “Hellhound”.

AP: You wrote an interestingly titled tale that was published recently by PRO SE. What can you tell our readers about DEMOLITION?

KR: “Demolition” resulted from a much shorter dream, which involved a recurring image of a wall in a basement…that was infested by a swarm of insects. Before I had this dream, I’d been brainstorming about having a character trapped in the basement of a house while it was being demolished. I decided to incorporate the insect wall into that idea…and then it only took me three days to finish the story. Originally, I wanted the title to be “Wrecking Ball”, but I changed it at the last moment.

AP: What is your creative process as far as creating a story and writing? What techniques or steps do you take?

KR: Sometimes I like to go all out and create an outline and synopsis before I get started. But lately, I’ve just been pulling up MicroSoft word on my computer and going with the flow. I think I’m learning that making a story so structured and pre-planned isn’t always best…because being spontaneous allows the story to grow on its own. And I always have to listen to music when I write. Sometimes it’s Beethoven and sometimes it’s Three Days Grace. I was jamming to Nine Inch Nails when I wrote “Demolition”.

AP: What’s coming from Kevin Rodgers? Any projects you want to discuss?

KR: I recently submitted two of my stories, “The Citadel of the New Moon” and “Tomahawk Mountain”, to Pro Se Productions. Hopefully they’ll appear in the months to come! I reworked a couple of old, unpublished stories and submitted them to Dark Valentine Magazine and Weird Tales Magazine. I’m working on a few projects that I hope to complete soon and submit to Pro Se Productions. At the same time, I am polishing and editing a huge novel (900 manuscript pages) that will hopefully generate some interest!

AP: Kevin, it’s been a pleasure!