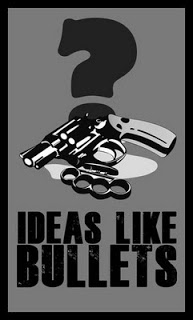 Yep.  It’s time to roust the roosters and the wrens a bit.  We’re going to have a contest, kiddoes!

The discussions I’ve had with people about my IDEAS LIKE BULLETS columns have been great and of the four posted, two have already moved on to become actual projects with writers and that is the whole purpose of doing this!  So, with that said, I thought it might be time to take one of the other four ideas and see if we can get some interest in it.  And what better way to do that then to HOST A CONTEST! So, here goes!

It’s simple.   The first column I posted introduced the world to a concept of mine about a heroine named Daydream.  That column can be found here- http://allpulp.blogspot.com/2010/11/new-column-ideas-like-bullets-take-one.html.  Daydream could be taken any number of directions with the way I left it in the column and I hope many of you who are writers will do just that.  The rules are as follows- Write a minimum of a 3,000 word story starring Daydream.  It can be fleshing out the work I put in the column, it can be pre-Daydream days, it can be with her as a full fledged heroine or whatever you make her, but it has to be the character as introduced in the first ILB column.  Now, more words would be fine and it can be a novel if you want it to, but that won’t necessarily earn you extra points.  The story must have a beginning, middle, and end and must be pulp in nature.  Your first submission is your only submission, we won’t be editing and sending back for improvement.  At least not until a winner is chosen.

What do you win, may you ask? Well, first is publication of your winning entry in Pro Se Production’s PRO SE PRESENTS magazine line.  Secondly, a complimentary copy of said magazine your story appears in.  Thirdly, a slot as co-writer or possibly even as full writer on a DAYDREAM series of recurring stories to appear in Pro Se publications if you so choose to accept it.  Is it a lot? No, not at all.  But it’s something.

Now, if you decide you’re going to take up this challenge, then you have to email me at allpulp@yahoo.com and notify me of such BEFORE you start writing.  If I receive an entry without having been notified prior to receiving it, it will be disqualified.  I want to  know who’s working on what.   today is January 5th, 2011.  All entries must be in to me by February 5th, 2011. And just in case you missed it, here’s the link to the original ILB about Daydream- http://allpulp.blogspot.com/2010/11/new-column-ideas-like-bullets-take-one.html

OK, guys and gals, the gun’s loaded…FIRE AWAY!