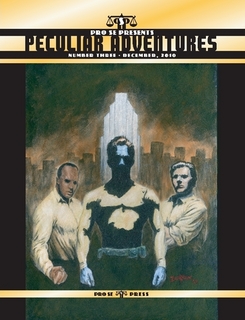 ﻿Ready for Adventure? Like it Peculiar? Then PRO SE PRESENTS PECULIAR ADVENTURES #3 from Pro Se Press is for you! This issue sports a painted cover by pulp artist David Burton and spotlights SOVEREIGN CITY, Pro Se’s very own pulp universe! Join Doc Daye and Lazarus Gray for over the top action and adventure! Also along for the ride are monkeys from the future, pirates from the past, The Cerebus Clan, Wylde World, and so many others. Pro Se’s Best Selling Title brings even more this time around, including the first part of a Peculiar Oddfellow Novel!! Thrill to stories by Teel James Glenn, Tommy Hancock, Joshua Reynolds, Barry Reese, Fuller Bumpers, Lee Houston, Jr., Ken Janssens, a book excerpt from noted author Bobby Nash, and more!!  Get your print or e-copy of PRO SE PRESENTS PECULIAR ADVENTURES 3 today! http://lulu.stores.com/proseproductions
﻿
GREEN HORNET MARATHON COMING ON SI-FY!

The upcoming theatrical release of THE GREEN HORNET starring Seth Rogen has stirred up quite a…hornet’s nest in the pulp world at large.  Regardless if you plan to see this movie or plan to get as far away from it as possible when it debuts January 14, 2011, the channel now known as Si-Fy is bringing the Van Williams-Bruce Lee classic television series ‘THE GREEN HORNET’ to the small screen!  January 11, 2011, Si-Fy will host a GREEN HORNET marathon, running all 26 episodes of the one season cult hit beginning at 10 am that morning.  Although the shows will not be shown in order, each episode will be shown!  If Rogen’s not your cup of tea but you still need some HORNET to watch, then be near a tv on January 11, 2011!
LEGENDARY ACTRESS ANNE FRANCIS PASSES AWAY 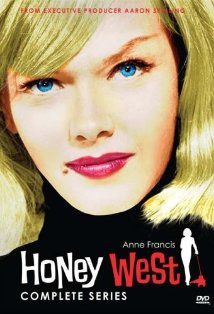 Actress Anne Francis, best known to the Pulp world for her roles in ‘Forbidden Planet’ as well as playing the sexy title private eye in “Honey West” on TV, died Sunday, 1/2/11 at age 80.  Cause of death was complications of pancreatic cancer according to famliy members.  Considered a star and icon from the 1950s well into syndication and reruns years later, Francis will be fondly remembered by her fans as ‘Forbidden Planet’ remains a classic film and ‘Honey West’ lives on in another medium, comic books.