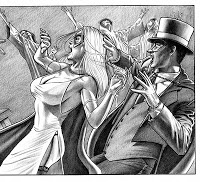 The characters inspiring all of the heroes of today have RETURNED!
And Moonstone Entertainment, Inc. brings them to YOU! 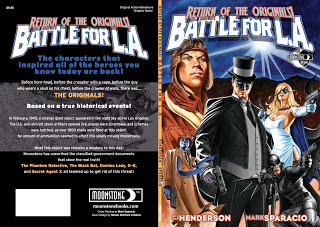 
Moonstone Entertainment, Inc, known for breathing new life into classic characters does it once again with RETURN OF THE ORIGINALS: BATTLE FOR L.A.!  This graphic novel, story by CJ Henderson and art by Mark Sparacio, relates a story based on a true historical event that has been classified…until now! A tale that brought the greatest heroes of the Pulp era together in a high action, fast paced attempt to save Los Angeles and the very world.


In Feb, 1945, an object (or objects) appeared in the night sky above Los Angeles. The US anti-aircraft artillery opened fire, and over 1000 shells were fired at this object(s), but to no avail, nothing was brought down.


What this object was remains a mystery…until now! Moonstone has unearthed the classified governmentt documents that show the real truth!  Documents that reveal just what occurred over LA in 1945 and chronicles the exploits of the heroes that teamed up to eliminate this threat!

THE WORLD NEEDS REAL HEROES.   IT’S TIME FOR…
THE RETURN OF THE ORIGINALS:
BATTLE FOR LA!!
From Moonstone Entertainment, Inc!


Deluxe HC: 100pgs, COLOR, $33.95 (COMING SOON)
**The DELUXE HC, is in COLOR and also includes a bonus story of how The SPIDER got involved in this battle! 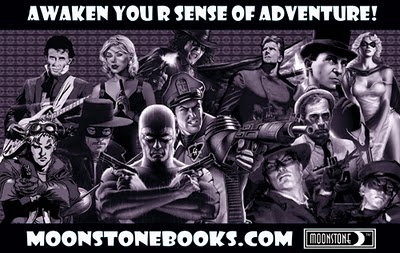