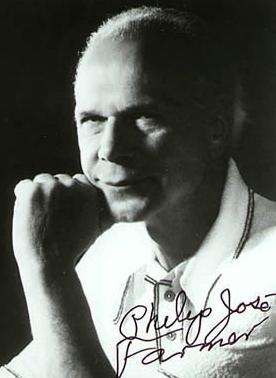 (One of a series of speeches by colleagues and fans delivered at FarmerCon 2008; Peoria Public Library, Peoria, Illinois)

The year was 1975. I remember because I had just turned 12, which meant I now had to pay the adult price to get into the movies. I seem to recall being pretty excited about that at the time. I wish I could remember why.

It was the same summer that I first became aware of Doc Savage. Not the books, but the movie – ads for which had recently started airing on TV. I recognized Ron Ely from watching reruns of his “Tarzan” TV series and thought this new movie looked like it might be halfway interesting, so I decided I would have to see it if it came to one of our local theaters in Kankakee.

A day or so after seeing that first ad, I was at the store with my parents and happened to spy a copy of the Bantam Books movie edition of the first Doc novel, “The Man Of Bronze,” and somehow managed to talk my mom into giving me the $1.25 to buy it. We went home and I read the book in a single sitting – and a lifelong fan was born. There was something about Doc that reminded me a little of Tarzan; I had read my dad’s entire collection of Edgar Rice Burroughs novels by the time I had finished the fifth grade, so I viewed Doc’s books as a treasure trove of excitement and adventure. 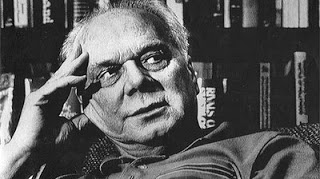 I began picking up the other Bantam Docs when I found them (as my parents’ pocketbooks would allow, of course). Then one day we were at a local department store when I happened to spot the familiar Doc Savage logo on a book I didn’t yet have. This one was different from the rest. For one thing it didn’t carry the familiar “Kenneth Robeson” byline; this book was written by somebody named Farmer. Even more surprising, the cover claimed that this book was a “biography” of my new hero. Now I was truly amazed; it had never occurred to me that Doc, Tarzan, Sherlock Holmes, the Shadow and others might have been real people. I got quite an education – and by the time I finished reading “Doc Savage: His Apocalyptic Life” I was hungry for more.

I searched in vain for some time for a copy of Phil Farmer’s “Tarzan Alive” before discovering that my father had bought a copy a few years earlier. By the time I’d finished that book Dad had bought a copy of the Dell paperback edition of “The Adventure Of The Peerless Peer” and I had to read that one too. Over the next year or so I also read “Time’s Last Gift,” “The Fabulous Riverboat,” “To Your Scattered Bodies Go,” and copies of “The Lovers” and “A Feast Unknown” that a school friend had smuggled to school much the same way my dad’s generation had shared copies of “I The Jury” and “Tropic Of Cancer.”

Philip José Farmer opened a whole new world to me, not only through his own works but also by introducing me to certain works of other authors. I come from a family of readers – my parents taught us to love the written word when we were very young – but I don’t know if I ever would have read such books as “Last Of The Mohicans” or “The White Company” had it not been for Farmer. Thanks to his Wold Newton concepts I not only found a universe of adventure, but also a group of friends who have come to mean as much to me as the members of my family. 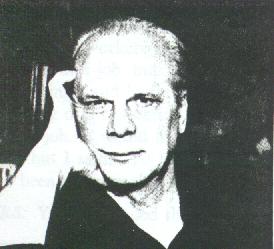 It has become something of a cliché to say that someone has changed a person’s life, but in this case it is true.My life has certainly been richer because of the works of Phil Farmer, because of the spirit of camaraderie I have found in meeting and befriending fellow fans, because of the influence he has exerted on my own works as a writer. For this I owe him more than I can ever repay; to simply say “Thank you, Phil” seems so insufficient. Hopefully he knows how heartfelt it is.