MOONSTONE MONDAY-MOONSTONE AND SHEENA, QUEEN OF THE JUNGLE!

THE QUEEN OF THE JUNGLE SWINGS BACK INTO ACTION…FROM MOONSTONE!! 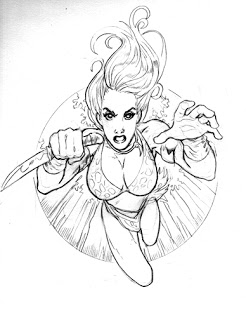 Moonstone Entertainment, Inc.(http://www.moonstonebooks.com/), known for producing top of the line prose and comic fiction based on licensed properties, recently revealed several new properties it had acquired rights for, including the penultimate icon that launched the “Jungle Girl” genre, SHEENA, QUEEN OF THE JUNGLE! 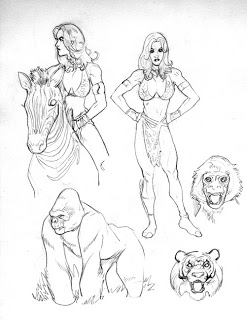 Originally created by the Eisner-Iger Ltd. Shop, Sheena debuted in the late 1930s in a British magazine.  Since that auspicious start, this sultry siren has swung her way through comics, pulp, television, and film. Sheena stands out as more than just another scantily clad jungle heroine.  Time and again, it has been proven that she is unique, original, and truly QUEEN OF THE JUNGLE! Now Moonstone is ready to bring her jungle heroics fighting and clawing into the 21st Century!

According to Joe Gentile, CEO of Moonstone, “Sheena starts in April with a bargain priced #0 issue.  We will follow that with an ongoing series!”  Gentile confirmed that Sheena would be a part of major events taking place in Moonstone Comics in early 2011!!!

Stay tuned to ALL PULP for all the SHEENA news you can handle and more upcoming announcements on other MOONSTONE properties!