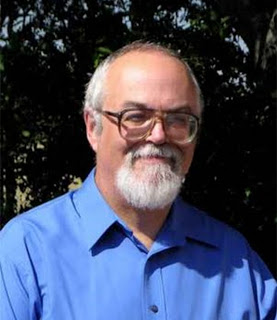 JAMES: I was born and raised in a small town in Texas and still live near that same town. I’ve always been an avid reader and have been making up stories for as long as I can remember. My introduction to the pulps came when I picked up a copy of the Doc Savage novel METEOR MENACE from the paperback spinner rack in one of the local drugstores when it was new. Shortly after that I found copies of THE MAN OF BRONZE and THE THOUSAND-HEADED MAN and devoured them just as eagerly. I had read other things that first appeared in the pulps, most notably books by Edgar Rice Burroughs and Max Brand, but I wasn’t really aware of their origins at that point. Along about the same time I found a copy of an actual pulp in a used bookstore, a 1931 issue of DETECTIVE FICTION WEEKLY, and then I picked up a paperback edited by Ron Goulart called THE HARDBOILED DICKS, which reprinted stories from BLACK MASK, DIME DETECTIVE, etc. I started reading the Jim Hatfield Western novels in paperback, which were reprinted from the pulp TEXAS RANGERS. From all of those things that happened in the mid-Sixties, my interest in the pulps just grew and grew. I bought everything from them that was reprinted in paperback, which was a lot in those days.

AP: Just how many books have you written anyway? No, seriously. I lost count. Ha. Ha.

JAMES: The book I’m working on is #256. That includes one non-fiction book about Old West gunfights, and the rest are novels. I started out thinking that if I wrote a hundred books in my career, that would be pretty good. I’ve had to keep revising that number upwards until I don’t worry about such things anymore. I’ll write however many I write.

AP: Your books have spanned multiple genres including westerns, the Civil War, World War II, mystery, frontier times, pulp adventure, and more. Do you have a favorite genre to write?

JAMES: I started out to be a mystery writer and had in fact written and sold more than a million words of mystery fiction before I ever wrote a Western. So mysteries are my first love, but I’ve been very lucky in that I’ve found things to enjoy in everything I’ve written. I love the variety and I’m grateful that I get the chance to switch back and forth between genres.

AP: Is there a genre you’ve not written that you would like to at some point? 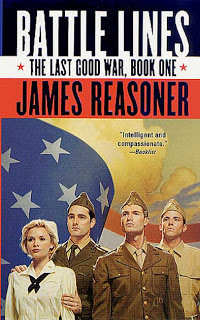 JAMES: Not really, but I’ve done very little science fiction, fantasy, and horror and would love to write more in those genres. Plus I really enjoyed the three World War II novels I did and would like to get back to that sometime.

AP: There seem to be many different opinions about what can be defined as pulp. How do you define pulp and what do you look for in a pulp story as a writer and a reader?

JAMES: As far as calling something pulp fiction, I’m sort of a purist and like to limit that definition to stories that actually appeared in pulp magazines, although I think you can fudge a little in the case of pulps that became digests, like ASTOUNDING and WESTERN STORY. And certainly the digest-sized issues of DOC SAVAGE and THE SHADOW are still pulps. Now, as for pulp-inspired fiction or pulp-influenced fiction, that category is much, much wider. A number of contemporary adventure novelists have acknowledged the influence that pulp fiction had on their work, like James Rollins saying that he has all the Bantam editions of the Doc Savage novels in his office. My Gabriel Hunt novel, HUNT AT THE WELL OF ETERNITY, has a strong Doc Savage influence in it, and some of my Westerns were directly inspired by the pulps, such as the Cody’s Law series that I wrote under the name Matthew S. Hart. Those are Texas Ranger novels and are very much an homage to the Jim Hatfield series. As both a writer and a reader, the things that appeal to me about the pulps are the fast pacing, the colorful settings and characters, and the sense of adventure and fun that they convey. Pulp stories were written to entertain the readers, and that’s always been my primary goal as well.

AP: Where can readers find information on you and your books?
JAMES: My websites can be found at www.jamesreasoner.com and www.jamesreasoner.net. Both include bibliographies that list many of my books. For more current happenings, my blog is located at http://jamesreasoner.blogspot.com and is updated almost every day with book and movie reviews and links that interest me, along with news about my writing career. 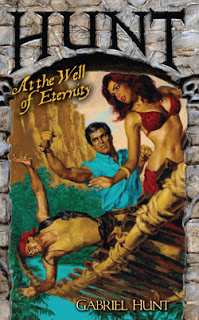 JAMES: I have a story in the Green Hornet anthology that will be out from Moonstone any time now, and it was great fun to write. Other anthologies coming out soon that include stories by me are BEAT TO A PULP, ROUND ONE (a World War II story), ON DANGEROUS GROUND (a Western noir yarn), and DAMN NEAR DEAD 2 (“geezer noir”, I guess you’d call it, in my case a Depression-era suspense tale). I’ve done the introduction for NOMAD’S TRAIL, a collection of Simon Bolivar Grimes stories by E. Hoffmann Price which will be out soon from Black Dog Books. I’ll be writing one of the books in the RANCHO DIABLO ebook series under the house-name Colby Jackson, which should be out before the end of the year. Next spring Berkley Books will publish my Western novel REDEMPTION, KANSAS, the first in a new series.

JAMES: I plan to be at Cross Plains, Texas, next summer for the annual Robert E. Howard Days get-together. I’m a long-time fan of Howard’s work and try to make it to Cross Plains most years. I don’t have anything else planned at the moment. I tend not to get very far from home because my writing schedule is so busy.

AP: And finally, what does James Reasoner do when he’s not writing?

JAMES: I’m still an avid reader after all these years and probably will be as long as I’m around. My reading is about equally divided between older and current (or at least newer) books, and I blog about most of what I read. I watch quite a few movies and probably too much TV. We live in the country, so I like to get out and walk whenever I can find the time. With my schedule, though (a million-plus words a year of fiction for going on six years straight now), most of my time is spent in my office.

AP: Thanks, James. Much appreciated.

JAMES: Thanks for having me here at All Pulp!