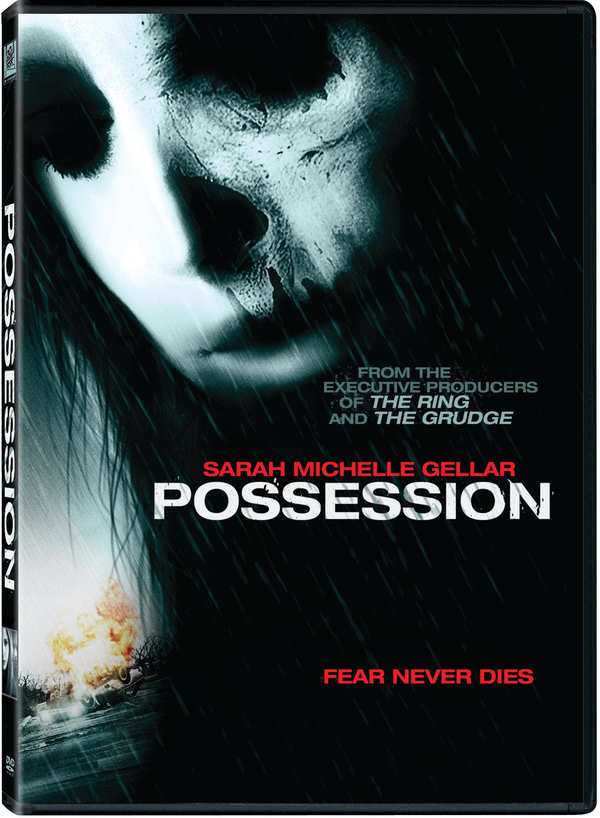 You have to wonder about the career advice Sarah Michelle Gellar has been receiving from her agent. Once she established that she could not only kick ass and stake vampires on [[[Buffy the Vampire Slayer]]], she also won over fans and critics by feeling the emotional impact of the events going on in her life. One reason the episode regarding her mother’s death is so well remembered has much to do with Gellar’s performance. We also saw that she could do other roles and gained attention in 1999 with Cruel Intentions.

Yet, since the series ended in 2003, she has made schlock horror films based on international offerings ([[[The Grudge]]]), slight comedies ([[[Scooby Doo]]]), and eminently forgettable films ([[[Suburban Girl]]]). In the fist category comes Possession

, out this week from 20th Century Fox Home Entertainment. Based on the 2002 Korean film [[[Addicgion]]], the American adaptation was filmed in 2007 and was initially set to release in 2008 before being consigned directly to DVD.

Set in San Francisco (although shot in Vancouver), the story is about a young married couple (Gellar and Michael Landes) trying to establish themselves while also taking in Michael’s criminal brother (Lee Pace). Lee creeps out Sarah so she insists he finally move out and this leads to a horrific car crash that sends both men to the hospital.

When Lee finally awakens, he appears in every way to have been changed…into his brother. He seems to possess Michael’s memories and is kinder, softer, and more emotionally vulnerable than he ever was before. With Michael comatose, Sarah has to decide whether or not to pull the plug on the life support equipment, complicated by the emotional connection she is forging with her brother-in-law.

Throughout, the question comes whether or not a freak accident swapped the men’s souls or Lee is faking it. This is intended to a psychological/supernatural thriller and while moodily shot using dim lighting, it also fails to emotionally connect with the audience. Largely this has to do with all three characters being woefully underwritten by Michael Petroni.  Directors Joel Bergvall and Simon Sandquist don’t help by letting the trio show much range. Lee Pace, we well know from [[[Pushing Daisies]]], can act and yes, he does the best job of the three by portraying two sides of the same man but even he feels flat.

Given that this story sprawls across a year or more, the lack of interaction with friends or family also robs the movie of feeling anything remotely real. Sarah’s brief interactions at work are the only proof that she has a life beyond her home.

The movie is a muddle and mercifully brief (1:25). The DVD comes complete with plenty of alternate and deleted scenes, none of which really would have helped make this a more enjoyable story. Then there’s the promo featurette that tells you absolutely nothing about the project.

Gellar is an attractive, capable actress who has been repeatedly ill served by her film choices and maybe it’s time for her to find new representation.