As many know, Comic Con International has become more about showing off secret footage of upcoming TV and Film projects than about actual comic books, and for those unable to attend this year, or the attendees who weren’t fortunate enough (or patient enough) to make it into the major halls for the presentations, we’ve put together a small round-up of the leaked footage from this year’s show.

NOTE: This footage was not taken by anyone on the ComicMix staff, and we are only linking to previously published video files, so don’t sue us. 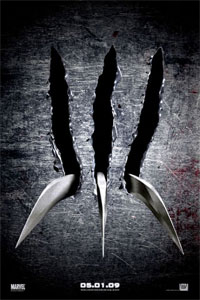 Starting it off is the biggest of the projects: the trailer (in two parts) for X-Men Origins: Wolverine:

I’d apologize about the unsteady handicam work, but it beats flying across the country and waiting in line for four hours to get a seat, trust me. This seems to be all the footage that has made its way onto the web so far, keep checking back for updates, plus our exclusive Comic Con ’08 video coverage!