The Long Goodbye to ‘Y: the Last Man’ 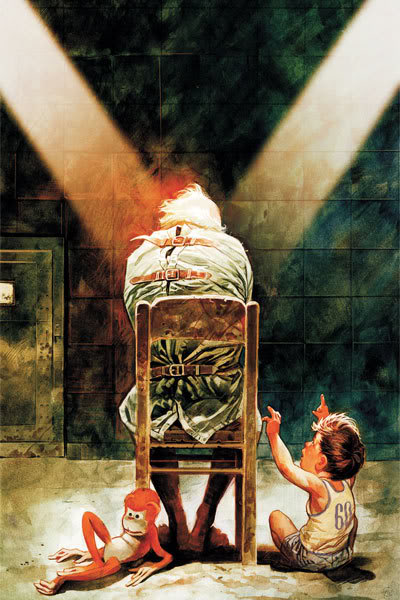 As fans of Brian K. Vaughan drool in anticipation of the purported awesomeness of his movie spec script for Roundtable, Vertigo offered a last, wistful look at BKV’s Y: The Last Man by releasing the 10th and final collection, Whys and Wherefores.

It didn’t get much attention, in no small part because of the outpouring of attention that greeted the series’ final issue last year. There was even quite a party.

I took part in quite a bit of the celebrating/mourning, reminiscing on favorite moments and interviewing BKV. One of my favorite notes from that interview was Vaughan’s reluctance to read the final issue that he’d picked up from a comics shop. Like many others, he couldn’t bear to say goodbye.

But that’s the thing about successful comics. They never really go away.

Even though all 10 trades of Last Man are now out, odds are good we’ll see more before long. There’ll be anniversary editions and movie editions (assuming it gets made).

More likely than not we’ll see an "Absolute" version.

So, don’t fret. Yorick’s not gone for good. He’s just waiting for the next chance to cash in.