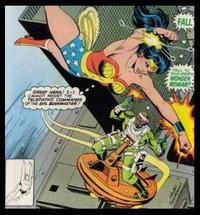 A while back, I gave you "The Worst Superhero Names in Comics," but now it’s time for the other end of the spectrum. Yes, it’s time to give the supervillains their due. (Well, those of them with horrible names, that is.)

Oh, and before anyone mentions folks like "Mr. Banjo" and "Captain Nazi," I didn’t include those characters because they were created to fight Captain Marvel back when that character’s adventures were still very much aimed at younger readers – so I consider them to be an entirely different animal. The same goes for any villains created with intentionally silly names (i.e., Howard the Duck’s nemesis, "Dr. Bong").

Ready? Okay, then I give you the ComicMix Six list of The Worst Supervillain Names in Comics…

6. BUSHMASTER: Yeah, I know it’s the name of a deadly snake. But honestly, guys and gals, when you see Wonder Woman (of all people) fighting a telepathic character called "Bushmaster," and then you read her thought bubble proclaiming, “Great Hera! I — I cannot resist the telepathic commands of the evil Bushmaster!” … Well, you can’t help but laugh and cringe at the same time — which is painful, believe me.

Congratulations, Bushmaster. You just barely edged out "The Growing Man" and "Bi-Beast" in the award for names with ridiculous innuendo.

5. HYPNO-HUSTLER: Beware, all you hep cats and kittens! This man has knockout gas and retractable knives in his boots (’cause using your hands is for suckas), hypnotic goggles that make you fall under his spell, and an afro that can block out the sun. (Okay, that last part was an exaggeration – but trust me when I tell you the afro is big. Damn big.)

And in case his hypnosis isn’t powerful enough by itself, he has a backup band called "The Mercy Killers" who have the ability to increase his hypnotic abilities. I’m not kidding! It’s a supervillain in a sleeveless white jumpsuit with an afro, goggles and a backup band! Hustler, you’re worse than Stilt-Man! (R.I.P.) 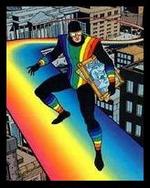 4. RAINBOW RAIDER: How can you not laugh at this name? Say it with me now: "Roy G. Bivolo, a.k.a. The Rainbow Raider." Did he fight Rainbow Brite and Strawberry Shortcake? Hold on… your motivation is that you grew up colorblind so you use special color goggles to rob works of art and generally mess with people? Colorblindness is what you sent you down this criminal path? That’s the great tragedy in your life?

Even guys with names like Captain Cold and Captain Boomerang consider the party over when you show up, buddy. 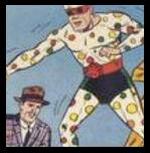 3. POLKA-DOT MAN: You know that guy who fought Spider-Man and called himself The Spot? Well, his name sounds perfectly reasonable next to Polka-Dot Man. “Hey, look at me! I can use the polka-dots on my costume as deadly weapons! I bet I can beat Batman now! C’mere, Batman, I’m gonna kick your–” POW! THUD! End of story. 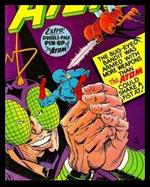 2. BUG-EYED BANDIT: You can command insects. But “Insector” or “King Insect” or “Swarm” or “Hive” or even “Dr. Locust” didn’t cut it, so you thought, “Wait, what is the most ridiculous thing I could possibly call myself?”

What made this villain worse? How about the time that he accidentally sprayed himself with amnesia gas and didn’t know who he was for several years? Or how about the fact that he died and was succeeded by his son, who actually thought it would be a good idea to use the same name? Like father, like destined-for-ridicule son, I guess. 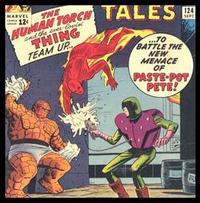 1. PASTE-POT PETE: I don’t care that a few years later you changed your name to "The Trapster." The fact that you actually spent more than five seconds thinking “Sure, ‘Paste-Pot Pete’ is an okay name" automatically earns you the top spot in this list.

Just to prove the point, I conducted a not-exactly-scientific survey among various friends, asking them what they thought the worst supervillain name in the history of comics could possibly be. Every single one of them said, “Paste-Pot Pete.” That has to tell you something — especially since the name hasn’t been used for decades now.

Of course, there’s something to be said for the fact that, when Spider-Man heard you introduce yourself for the first time, he chose to fall on the ground laughing rather than bother fighting you.

Alan Kistler has been recognized by Warner Bros. Pictures and mainstream media outlets as a comic book historian, and can be seen in the "Special Features" sections of the Adventures of Aquaman and Justice League: New Frontier DVDs. His personal website can be found at: www.KistlerUniverse.com.