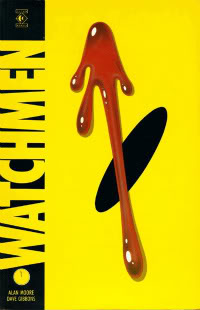 While much of the hubbub over the movie adaptation of Watchmen has related to director Zack Snyder’s thematic and narrative choices, questions also remain over how the movie will visually reflect Dave Gibbons’ work on the seminal comic.

In answering some of those questions, Larry Fong, who is the cinematographer on the film, spoke with ComicUS (scroll down for the English version). Fong, who also worked on 300, said Watchmen will use less green screen than that film and will try to hew closely to Gibbons’ art.

There isn’t an underlying template on the movie per se. In fact one of the most exciting things about it is that it’s kind of all over the place, visually. We had so many opportunities to explore different looks and there’s even a few scenes that pay homage to other films…I won’t give anything away just yet, of course. …

In Zack’s storyboards, there are frames that are very similar to those in the graphic novel. But photographically, it was more important for me to capture the spirit of Watchmen. That’s more of an intuitive process.

Zack is planning to make another film next year based on an original story he’s had in his head for a long time. It’s crazier and wilder than all his films put together… hopefully I’ll be working on it too!