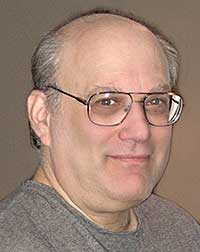 Welcome to ComicMix — well, phase one of ComicMix.

This is the part where I’m supposed to explain who and what we are. In order to do so, I’m going to have to do something I rarely do and generally avoid: I’m going to speak seriously.

I’d like to say "welcome to the 21st Century," but I’m seven years late and not quite that pretentious. So I’ll get down to the details. Phase one of ComicMix is a community based around news, information, opinion and blogging, covering the entire range of the comic art medium and those elements in the broader media that we all tend to enjoy. We add this because, contrary to old-time fan thinking, we do not live in a vacuum.

We post the news continuously, we post our columns daily, we post our information and background stuff incessantly, we post our all-new podcasts thrice-weekly (starting Tuesday, February 13th; as they used to say in Pogo, "Friday the 13th falls on a Tuesday this month"), and we run our blogs continuously and irrepressibly.

You can join in on our blogs to your heart’s content. When you do, you will likely be bumping into any of the folks who are actively involved in ComicMix in one way or another. This list includes (but is by no means limited to; my apologies to those I might have overlooked or to those whose contracts have yet to be completed) Brian Alvey, Kyle Baker, Mike Baron, Gwen David, Peter David, Michael Davis, Michael Dinowitz, Ian Gibson, Liz Glass, Robert Greenberger, Mike Grell, Bo Hampton, Glenn Hauman, Marc Hempel, Tony Isabella, David Lloyd, Dave Marsh, Jay Lynch, William Messner-Loebs, Mary Mitchell, Adriane Nash, Dennis O’Neil, John Ostrander, Andrew Pepoy, Michael H. Price, Mike Raub, Elayne Riggs, Nick Runge, John K. Snyder III, Joe Staton, Martha Thomases, Bob Tinnell, Timothy Truman, Trevor Von Eeden, Mark Evan Walker, Matt Webb, Mark Wheatley, Skip Williamson, Marv Wolfman, John Workman, and me. Don’t worry if there are a few names here with which you aren’t yet familiar: trust me — you will be soon.

In addition to what you see here now, you’ll be reading the work of our weekly columnists who will be waxing poetic on all kinds of issues of vital interest to the ComicMix mix. I am proud to say that our line-up is awesome. Batman, Iron Man, Green Lantern, The Question writer Dennis O’Neil. Mega-blogger Elayne Riggs. Green Arrow, Wasteland, Milestone Comics, Guardian Comics artist and creator Michael Davis. Suicide Squad, Batman, GrimJack, Star Wars writer John Ostrander. And I’ll be mumbling my usual "toss-the-hand-grenade-into-the-crowd" stuff as well.

As for our staff… Corporate communications overlord Martha Thomases (her business card reads "Mistress of the Media Arts") comes from a varied history in book writing and publishing and sundry media endeavors, including about a decade as DC Comics’ publicist. News editor Elayne Riggs has been online almost as long as Al Gore, running one of the most interesting blogs around (http://elayneriggs.blogspot.com/).

Podcast director Mike Raub has been, and continues to be, a radio broadcaster and management honcho for more than three decades, which is almost as long as he’s been a comic book retailer. Michael Dinowitz heads up one of our many technical divisions, the one charged with ferreting out information as though he was with the Department of Homeland Security. He’s from Denoblia.

Both Mike Raub and Martha Thomases are long-time Legion of Super-Heroes fans, and are therefore two of the few to immediately understand the name of this column.

Then there are the three wackos who have the keys to the car. Brian Alvey is a VP at AOL where he runs two companies he co-founded, Weblogs, Inc. and Blogsmith, and he’s the guy who helped get TV Guide, Business Week, Netscape, Capgemini, and the Kansas City Chiefs onto what our president refers to as "the Internets." Glenn Hauman is an eBook publishing pioneer who got his start as an intern at DC Comics, where he was unfortunate enough to meet Mike Gold and aid him in a whole bunch of comics-related ventures ever since. He’s very tall and has written lots of prose stuff involving, separately, Star Trek

. Finally, there’s me, the oft-aforementioned Mike Gold, former co-founder of First Comics and the Chicago Comicon, former group editor and director of development at DC Comics, and packager of comic books published by such outfits as IDW, Image Comics, Valiant Comics, and the National Hockey League; the latter through a licensee.

Together, we are all ComicMix.

And so are you.

Bookmark this site and check in constantly, taking time out for meals and your weekly visit to your friendly neighborhood comic book store. This whole thing will be shaping up pretty fast, and we’re going to have new stuff up many times every day. We hope to surprise and thrill you even more frequently than we surprise ourselves.

Like I said, this is just phase one of ComicMix. Phase two starts on Wednesday, March 7th at 5:00 in the morning, eastern standard time. You lucky folks in Hawaii can check us out before you go to bed the night before. You’ll see more and more stuff on ComicMix as we build up to that bombastic day, and we’ll be talking a bit more about it on our first podcast on the 13th of this month.

Let us know what you think. Always.

Don’t be shy. We certainly won’t.

Mike Gold is editor-in-chief of ComicMix, and has no felony convictions to speak of.