After more rumor that what the smoke monster is on Lost, J.J. Abrams will direct the Star Trek XI movie, according to The Hollywood Reporter.  Abrams had already said that he was writing the script and producing the movie for Paramount, which is re-launching the Gene Rodenberry franchise with this the 11th Star Trek feature film.

According to an oft-repeated yet not quite officially confirmed story,the movie is a prequel, taking place prior to the time represented in the original Star Trek TV series when both James T. Kirk and Mr. Spock are at the Starfleet Academy. William Shatner had stated he was approached for a cameo.

The film is set for release November 26, 2008, just in time for the 40th anniversary of the cancellation of the original series.

Univision exepcted to be fined $24 million

The FCC is expected to levy a record-breaking $24 million fine against Univision for violating children’s TV regulations, per a New York Times report over the weekend.  Though the fine is still awaiting final approval by a majority of the FCC’s five commissioners, the Spanish-language broadcaster has reportedly signed on the dotted line agreeing to pay the fine as part of a consent decree in order to finalize the network’s $12.3 billion sale to Haim Saban’s investment group.

According to the kid’s TV rules, stations are required to air three-hours of kid-targeted educational programming each week.  That said, complaints against Univision allege that between 2004 and the beginning of 2006, Univision and 24 of its stations labeled some of its programming as educational, but those shows included some adult-targeted telenovelas, such as Complices al Rescate with the adventures of 11-year-old identical twin girls.

This is specifically for Martha Thomases, our in house media maven and knitting nut: A knitted and stuffed Dalek from Dr. Who.

Can you feel the plush evil?

Worth1000 is running one of their periodic Photoshop contests. This time, the contestants are asked to update an old painting, placing a cartoon character in the original work.

Pictured at right, we present The Dancing Hippo by Degas. Soundtrack, of course, by Allan Sherman.

Via Sci-Fi Wire, Variety reports that Warner Brothers has hired husband and wife team Kieran and Michele Mulroney to write the script for its hoped-for Justice League of America movie. It’s the first major action the studio has taken on the project, the trade paper reported. The studio isn’t saying which heroes may be included in the film.

Development of the film is complicated by the fact that Warner has already revived its Batman and Superman film franchises, with Christian Bale’s Batman Begins and the upcoming The Dark Knight and Brandon Routh’s Superman Returns and its upcoming sequel. The studio is also developing a Wonder Woman film.

Kieran and Michele Mulroney wrote the screenplay for the horror film Mirrors, which is in pre-production with Kiefer Sutherland attached. Kieran is also an actor, with credits in Enterprise, Seinfeld, and Star Trek: The Next Generation, among others.

During the most crowded day of a comics convention (or even on the other days), it’s never a bad idea to take in some panels.  The best conventions offer a wide variety of programs in comfortable and intimate settings that you just can’t duplicate at a booth or exhibition hall.  They represent just about any interest and subculture related to comics and other "geek-centric" entertainment, and create a participatory and egalitarian feel among panelists and attendees.

This NYCC saw a diversity of topics to please everyone from moviegoers to Japanophiles to old-school aficionados to the creators of tomorrow.  One of the best things about it was the implicit acknowledgement that about as many women as men were expected to take in the programming.  At least four panels so far have dealt with women in comics (real women storytellers as opposed to fictional women characters), and yet other panels having nothing to do with that topic featured female panelists as a matter of routine.  This is the very type of situation advocacy groups like Friends of Lulu hoped to work toward for so many years, and it’s a real privilege to see it come to fruition.

Here’s a photo from a Friday panel.  Some thoughts on it and a couple other panels attended so far:

END_OF_DOCUMENT_TOKEN_TO_BE_REPLACED 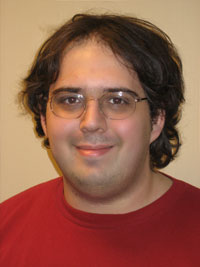 END_OF_DOCUMENT_TOKEN_TO_BE_REPLACED

Leonard Kirk writes, "Jeff Parker had already let it slip that the Agents of Atlas will be making an appearance in a future issue of the all ages title, Marvel Adventures: The Avengers! Well, for those of you impatient fanboys (and girls) who just can’t wait for anything related to ATLAS," Leonard posts a few select panels on his blog to whet fans’ appetite.  Lovely stuff as always from one of our favorite transplanted Canucks!

Mikhaela Reid is working on what she calls an "alternate reality cartoon" series for Lambda Legal (a national organization committed to achieving full recognition of the civil rights of lesbians, gay men, bisexuals, transgender people and those with HIV through impact litigation, education and public policy work) imagining what life might be like in a world where courts did not uphold Constitutional law.  Life Without Fair Courts is also running in The Advocate magazine, which is sponsoring the series along with Prism Comics, a nonprofit organization that supports LGBT comics, creators, and readers.

The educational endeavor also features a nationwide contest to find the best representation of what the artists’ own lives would look like without fair courts. Prizes include exposure in The Advocate and donated shopping sprees from Diamond Comics Distributors. Contest judges include Reid, Joan Hilty, Phil Jimenez and George Stoll (The Advocate’s Art Director) for The Advocate. Submissions to the contest will be accepted through March 15.

Let’s hope all entries remain in the realm of fiction!

At the first-ever panel for DC’s Minx line, editor Shelly Bond (described by Marketing Director Gayley Carillo as "the mastermind" behind the imprint) talked about the inception of her quest to bring interesting modern stories to a whole new demographic.

About 3-4 years ago, Bond was in a bookstore and noticed a number of teenaged girls crowding around the manga section. That’s when she became determined to seek out creators from all different areas to write and draw "edgy, evocative and fearless" stories that would appeal specifically to today’s teen readers.

Part of that appeal, Minx hopes, will be inherent in the surface form of the imprint, like the trade dress and price point.  Each book will be 176 pages, with color covers and interiors done in black and white and greytones.  Each will feature a free preview of another book in the line.  And each will cost under $10.