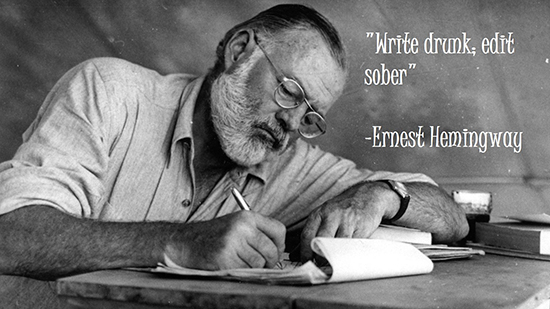 A sad fact of a writer’s life is writer’s block. That’s when you sit down and look at the blank page or the empty screen and go “I’ve got nothin’.” Some form of that can happen every time you start to write. The really bad version can go on for a long time, maybe for years. Not only do you not have an idea, you feel that you can’t write, that you could never write, that you will never write, and what the hell were you thinking when you thought you could write.

There are things you can do when the malady strikes, some less useful than others. Crying, swearing, cursing, screaming are all options but you eventually run out of energy and then you’re back at square one – the damned blank page or screen.

Not all solutions work for all people and what work’s in one situation may fail in another. That all said here are some things that I’ve tried that sometimes work. 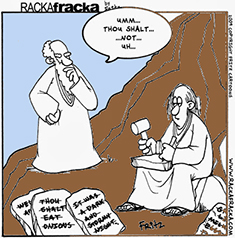 Do not panic! Seriously, calm down. It only feels like life and death. You’ll write again. Relaaaaaax.

Do something else. Staring into the abyss (a.k.a. that blank page or screen) until you’re cross-eyed only hurts your vision. Go do something else. Something physical. I’ve been known to wash dishes when I get desperate. Go for a walk or a run. Don’t read, watch TV, play video games, text or call someone. You’re looking for something that will shift your mind into neutral. Something that will silence the chattering monkeys in your skull.

Work on something else. I generally have three or four different projects working at the same time. If I get jammed up on one, I’ll go to another. If I get jammed on all of them, I revert to the rule above. Play with a cat. If nothing else, it may amuse the cat.

Check the basics. If I stall out on a plot, it generally means I’m making a Writing 101 mistake. I haven’t done the basics regarding plot construction or building a character. I tell myself that I’ve done this for so long that I can skip a step or two. That’s hubris talking and hubris is a lying bastard. Or maybe I’m so late with the deadline I don’t have time for all that. Wrong again. When you’re running late you only have time to do it right once. Take the time. Do the work. 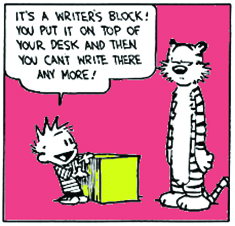 Write about it. Yes, that’s exactly what I’m doing here. I sat down to write this week’s column and had nothin’ so I wrote this column about having nothin’. A rather Seinfeld column. Seriously though, as a writer you put into words that which exists only in your mind and heart. It’s most likely will be nothing you will ever read again or show to anyone but the physical act of putting words – any words – down can be therapeutic. Yes, it most likely will be crap. Let it be crap. Write it and flush it.

Get paid for it. At one time, I thought I had a serious case of writer’s block. Had it for years. Nothing came, nothing worked. Then Mike Gold offered to pay me for a story (my first printed work, as it turned out). Boy Howdy, that block just evaporated. Funny how motivating a paycheck can be. Knowing someone will give you the real coin of the realm for your writing can be awfully encouraging.

I hope all this has been a little help to some of you but – hey, I’ve got this week’s column so I’m good.

Unless I hit a block.