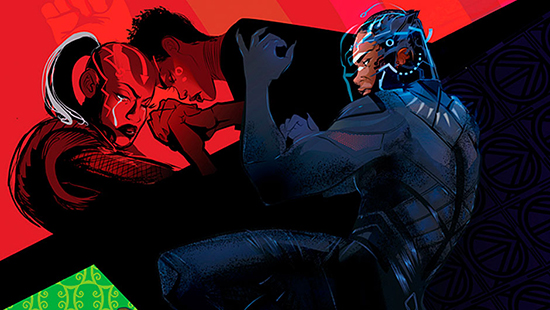 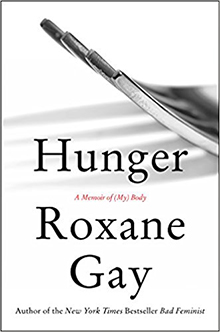 Roxane Gay’s new book, Hunger: A Memoir of (My) Body is a knock-out of a book. It kept me glued to my couch for a long weekend. I finished reading it about ten days ago, and I cannot stop thinking about it.

Does it have anything to do with comics? Well, Gay wrote a mini-series for Marvel. Beyond that, if you want to know more, you’ll have to keep reading.

In addition to being an accomplished author and journalist, Roxane Gay is, in her own words, a morbidly obese woman of color. Hunger is about what happened to her, how she got this way, and what it’s like to live the way she lives. It’s incredibly honest, so much so that I couldn’t look away, even as I squirmed in recognition.

I am not morbidly obese. Sure, I could drop twenty or thirty pounds to look more like the mannequins in the department stores, but I can pass. I am not a woman of color. As a Jew, my people have a history of persecution, but I can pass. Unlike Gay, I was not gang-raped when I was twelve years old. Because I have these privileges, I could sneer at her with my societally-approved advantages, but I can’t. I feel my own version of what she feels, and I went through my own version of what she went through. 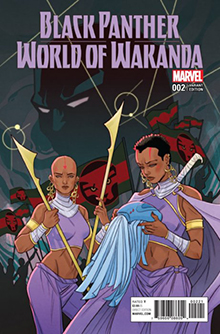 Gay started to overeat because she wanted to make herself unattractive to men so she wouldn’t get attacked again. She knew that a woman who is overweight is considered to be ugly – and an ugly woman is invisible. By building a wall around herself, she would be safe.

Her descriptions of her experiences are harrowing. Strangers in the supermarket take away food from her shopping cart. People complain to airlines about having to sit next to her, even if she pays for two seats. Instead of taking her ideas seriously, critics comment on her looks. Everything about her life, good or bad, is dismissed by those who only see her size.

And then there are the people who think they are helping her. The people who tell her that maybe she doesn’t really want dessert. The people who suggest exercise. I can assure you that every woman in Western society who is larger than a Size 0 knows about diet and exercise.

Still, reading about her pain, the Jewish mother in me did want to lean in and offer Gay some advice. She talks about regularly starting (and giving up on) a diet-and-exercise plan, and my first suggestion is to uncouple those two things. Various eating systems have made me feel variously better and worse, but if I didn’t exercise, I would go mad. I don’t do work because I expect it to make me a fashion model or an Olympic athlete but because it keeps me sane. Working up a sweat on a regular basis burns up a lot of my hostility. My resting pulse is 48. I can’t claim I’m never angry or never hating, but it doesn’t burn me up inside.

Except I know that she is a different person than I am, and what works for me as a coping system might not work for her. I’ll try to shut up about that now.

Women obsess about our appearances because society consistently tells us that it is our most important duty. My mother used to beg me to lose weight, starting when I was twelve (5’ 3” and 113 pounds), telling me that “boys don’t like fat girls.” Even now, at 64 years of age, when I know that my life is about more than boys liking me, those thoughts won’t go away. 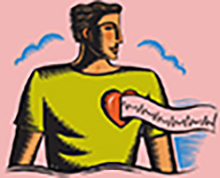 My mom (and Roxane’s) were only trying to teach their daughters how to get ahead. To succeed, we were told, a woman must be thin and fit and beautiful. That was difficult enough. Today, when society pays at least lip service to the idea of diversity, we are supposed to be not only thin and fit and beautiful but also, if we are not, to pretend that it doesn’t matter (even though it does).

It gets even more difficult at menopause. Not only can we no longer bear children, the only true purpose for the female life, and the reason we must be attractive to men, but biology conspires to make us more fat.

I would like to be like Faith, the Valiant superhero who is large. She wears a skin-tight white costume that does nothing to conceal her size. She is strong and she can fly and she has an interesting life and, in her current incarnation, spends no time at all thinking about her looks or what she eats or how many calories she burns off.

Sure, she also catches bad guys and saves the world, but that’s not why she’s my hero.