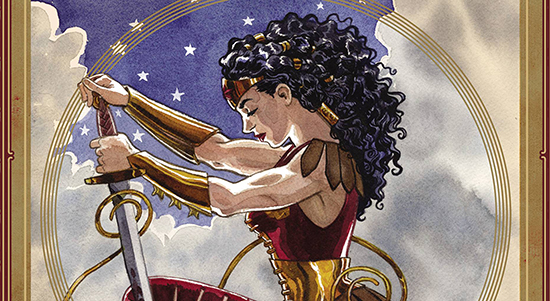 The Eisner Awards were handed out last Friday, and I have to say, I’m feeling just a little bit smug.

No, I didn’t win anything.  There is no Eisner Award for the Best Procrastinating by a Writer.  However, quite a few of the prizes went to people and projects that I championed as an Eisner judge this year, selecting the nominees.

I’m not going to tell you which ones I’m talking about because to do so implies that I met with resistance.  (You’ll have to get me drunk the next time we’re together.)  As I said before, talking about the selection process the committee used, “I can say that none of us got all of our first choices, but all of us got some of them.” In other words, we had different tastes and different criteria, and that is as it should be.  We talked, calmly and respectfully, about why we liked the things that we liked.  We worked it out.  You should send us all to Congress.

But a lot of my tastes and criteria meshed with those of the people who voted for the final awards.  And that makes me feel like I have my finger on the pulse of Pop Culture Fandom.

So many different kinds of books won awards.  Some of this is a result of the categories because a superhero story isn’t going to win a best nonfiction award, nor will DC or Marvel win an award for Best U. S. Edition of International Material.  The inclusion of several different categories for younger readers means that there will be prize-winning books for children.

Although I might not know you, Constant Reader, I feel confident in saying that there is at least one book on this list that you’ll enjoy.

This expansion in the audience for graphic story-telling is a wonderful thing, decades in the making.  It should be an opportunity for all sorts of publishers.  You would think that DC and Marvel are in the best position to take advantage of this since they own characters known to the entire world.  They should be, but, according to this, at least one of them does not.  The link describes a panel at SDCC with DC’s Jim Lee and Dan DiDio, talking about how they plan to navigate the future of comics. 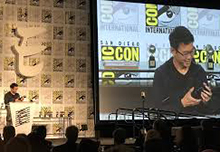 They say a few things with which I agree.  There should be excellent graphic novels about the characters that customers might know from the movie.  These books should contain stories that are accessible to new readers, people unfamiliar with decades of continuity.  I’ve been arguing such a position for decades, so I’m glad to see that there is at least lip service in that direction.

However, when DC actually publishes a book like that, Jill Thompson’s Eisner-winning Wonder Woman: The True Amazon, there is very little promotion when it first comes out, and it isn’t included in the ads that tied into the movie release.

Lee and DiDio also think that resurrecting the Watchmen universe and integrating it into the DCU will draw in newcomers.  Leaving aside the morality of this (given series co-creator Alan Moore’s resistance), and only talking about it in marketing terms, I still think this is a terrible idea.  The movie is nearly a decade old and does not seem to have been successful enough to earn out.  The characters require a lot of explaining, which is only a disadvantage if you’re trying to sell them to people who don’t read a lot of comics.

If I had been a new comics reader today, I’d have problems wading into the Big Two waters.  It would be much more appealing to me to check out Valiant or Lion Forge if I wanted a connected universe because I wouldn’t have so much to catch up.

I still think the way to draw in audiences who want to sample comics after seeing the movies and television shows is to create multiple imprints.  There can be a line for geeks like me, who’ve been reading comics since the Fifties, and a line for younger readers and a line of self-contained short stories.  There can be all sorts of other lines that I haven’t yet imagined.  These can be tested through digital sales, to keep development costs down, and then published in paper if there is demand.

And, yes please, a line of Super-Pets. 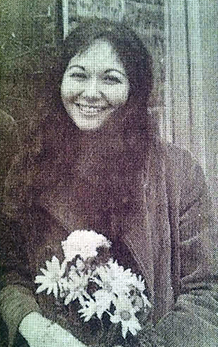 Flo Steinberg died this week.  She was part of the original Marvel Bullpen, Stan Lee’s assistant back in the days when that was the best job a woman can get in comics.

I met her soon after I moved to New York in the late 1970s, and since I wasn’t a big Marvel fan, I didn’t know enough about her to be intimidated.  To me, she was the kind of kooky New York character I’d moved to New York to meet.  She had a funky cadence to the way she spoke (at least, to this Ohio girl), and she was outgoing and enthusiastic in a manner discouraged by the prep school I attended.  Flo was one of the best people you could invite to a party.

My two favorite Flo stories don’t have much to do with comics.

1)  When I worked in the events department of a New York department store, I had to hire extra people to be entertainers during the holiday season.  One job was to dress up like a Teddy bear.  The costume was really hot and smelled after a while, but the job paid $20 an hour, a fortune back then.  I was able to hire Flo for this gig a few times, and from her, I learned how many children like to punch costumed characters in the chest.  Also, we called her “Flo Bear,” the kind of joke Ivory Tower elitist East Coasters love.

2)  A few years later, I had another job, and I was telling her about a place I would go to get lunch.  They had a salad bar, and every day, I would stare at the barbecued spare-ribs, tempted by their dripping sauce, but too worried about the fat and calories.  Really, I would dream about these ribs.  Finally, one day, I ate one.  Later, talking to Flo, I confessed my sin.  It went like this:

Me:  So I finally ate one of the spare-ribs.  It wasn’t very good.  Definitely not worth it.

Flo:  Well, at least you tried it.

Because that is who she was.  She didn’t talk about life in terms of denial and defensiveness.  She talked about life as something worth trying.