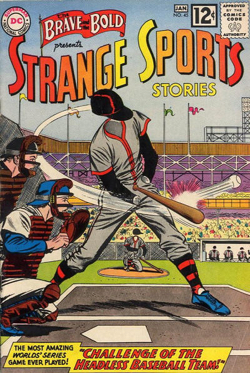 Let’s talk about sports. I’m serious. Yeah, I know the name of the website. Still, sports are fun. The taboo about comic and sports not mixing needs to stop. Yes, there are fans of one that dislike the other. There are also fans who like both, like me. And sometimes comics and sports even mix.

We’ve had a few comics about athletes or sports, and a fair share of athletes revealed as comic fans. But I was still surprised when Ryan Lochte, Olympic swimmer and medalist, announced as the special guest for Wizard World Richmond.

Now Wizard World does promote themselves as a “pop culture con” and sports is definitely part of pop culture. They have had wrestling guests at a few cons before. However, their target market is the average geek. It’s one thing for an actor that’s also a wrestler and another thing for an Olympic athlete that has never publically shown interest in geek culture to show up. The average attendee is expecting to see actors and comic creators, not Olympic athletes.

However, I could let this all go. I’m a sports fan. I would definitely be interested in seeing an Olympic athlete that inspired me and especially at an event I was already planning on attending. But not this athlete. Lochte is exactly where Wizard World went so wrong. 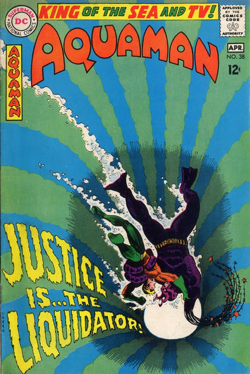 Whether you watched the Olympics or not, you’ve probably heard his name by now. He caused an international incident over his and his teammates’ drunken destruction of a gas station while representing the US at the Rio 2016 Summer Olympics. He allegedly proceeded to lie to local police and file a false police report.

Athletes, especially male athletes, are not held to the same standards as other people. Throughout the years, we’ve heard of professional athletes getting away with alcohol and drug abuse, weapons charges, physical and sexual assault. The list can go on and on. No matter what charges they face, society as a whole traditionally deems them better than that. However, this should not be celebrated.

The geek community has long been participating in activism. We’ve boycotted movies that supported racists and bigots. We’ve boycotted comics of misogynists. We’ve had staff of comic cons openly denounce laws that targeted a minority group unfairly. Lochte being featured in a con after committing a crime while representing the US is incredibly disrespectful to every con goer. The announcement of his appearance left a slew of upset and surprised comments on the Wizard World Facebook page.

Lochte has already been admonished by the media and has lost approximately $1 million in sponsorships. For all I know, that is why he chose to do this convention, for the few bucks it could provide. He will probably never compete in swimming again. He earned those punishments by his own actions.  He lost the respect of an entire global community with his actions. We shouldn’t welcome him into ours.

When you go to a convention, give your time and attention to those people who are working for it.  Spend your time and money towards comic creators, actors, and even the wrestlers. Don’t waste your time and money on someone who failed to respect the world around him. Spend it on the people trying to make it a more entertaining and better place.