Mike Gold: Forward, Into The Past!

Regular readers of this space know my first true love is the city of Chicago, and that I’ll use any excuse to cop a visit to my fatherland. That’s where I was this past week, and I did not need an excuse. The 15th annual Windy City Pulp and Paper Convention was in town, and, therefore, so was I.

It’s a great chance to meet up with old friends and make a couple new ones, all the while gawking at ancient publications printed on ever-deteriorating paper, more permanent facsimile reprints of same, and brand new efforts that replicate the mood, techniques and often the characters of those thrilling days of yesteryear. As my pal Jim Wisniewski says, the comradery echoes the days when comic book conventions were social occasions accessible to all… and were actually about comic books. 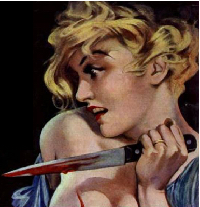 For the few of you who may be unaware – and who have yet to obtain the first volume of Jim Steranko’s History of Comics – comic books characters and comic book publishers got their start in those sense-of-wonder inspiring lurid tales of adventure. The Shadow, Doc Savage, John Carter of Mars, Nick Carter and The Spider, among many others, begat super-hero comics. Archie, DC Comics, and Marvel Comics, among many others that did not survive Fredric Wertham et al, got their start by publishing pulp magazines. It’s our roots.

And it’s slipping away. Paper was not meant to last forever, and pulpwood paper wasn’t meant to survive more than a month. That’s why I am so supportive of all the reprint projects. Yes, one man – another old pal, Anthony Tollin – has the lion’s share of the most popular characters but he is hardly alone in these endeavors. He’s already reprinted half of all The Shadow stories.

I am equally amazed and pleased to see so many small-press publishers (defining “small-press” as, say, not as large as Abrams and Simon and Shuster and their pals) doing “new pulp.” This is exactly what it sounds like: new stories written in the style of the classic pulps. Many of the new pulp authors are comic book veterans: Chuck Dixon, Martin Powell, CJ Henderson, Ron Fortier, John Ostrander, Paul Kupperberg, Will Murray, David Michelinie, Rob Davis… the list is as long as the long arm of the law. And it appears that I’ll be joining that stalwart group.

JimWiz laments the days when conventions were social occasions, and he’s most certainly not alone. Way back in those days, comics fans enjoyed more than comics, television and new movies. We enjoyed the pulps, sure, and we enjoyed newspaper comic strips, science fiction, mysteries, dramatic radio, illustration art… all kinds of stuff. We had a well-rounded education in America’s popular culture.

I’m not saying today’s comics fans avoid these important and closely related media, but you can’t ascertain their interest from going to shows such as this weekend’s C2E2 or the New York Comicon or the San Diego Comic-Con. Indeed, if you walk around these megashows and their ilk, you’d have a hard time ascertaining the level of interest in comic books. These shows have very little to do with comic books per se, and some of these convention organizers (note I said “some” and not “all”) clearly could not care less.

So when I go to shows such as the Windy City Pulp and Paper Convention – and there are many others; check out Pulp Coming Attractions for all the news in the pulp world, including these shows.

This stuff has little to do with nostalgia. It’s all about our cultural heritage.

And the folks doing the new stuff, the reprints, and the conventions are true cultural warriors.