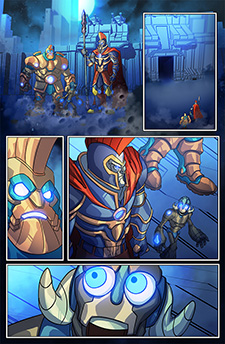 I know I’ve been talking a lot about Kickstarter projects lately. Some have reached their goal, like Unmasked Volume 2. Some still need your support, like The Meatspace Omnibus. This week, I’m discussing a Kickstarter project from Todd Matthy, who’s learned a lot since his last Kickstarter.

I met Todd some years ago and picked up his self-published comic, Wicked Game, drawn by co-creator Roderic Rodriguez back in 2014. Since then, I’ve seen Todd at many local conventions working on other self-published projects.

For the last couple of years his focus has been on Robots vs. Princesses, a comic with art by Nicolas Chapuis and letters by Sean Rinehart. It’s a very “what you see is what you get” kind of title. The premise is that there are princesses banning together against robots. Specifically, Princess Zara wants to find a baby dragon, but on her quest runs into a robot. Now she and the other surrounding princesses have to defend themselves against the encroaching robot army. 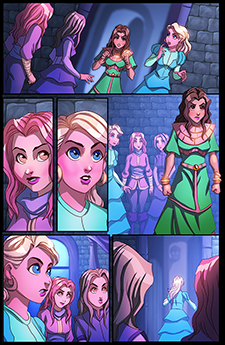 It’s a mash-up of fairy tale story telling with giant robot anime. Todd is particularly passionate about this project as he’s an elementary school teacher who wants more comics that are accessible to younger audiences while still being interesting to adults.

Todd Matthy got a write up for Robots vs. Princesses in Bleeding Cool back in 2015 and got praise from comics professionals like Mark Waid and Kristen Gudsnuk. After getting some pages done, alternate covers from artists including Sean Von Gorman, and getting another MoCCA Fest under his belt, Todd went to Kickstarter in May of 2016 to fund the four issues that make up Robots vs. Princesses. The goal was $18,362. Unfortunately, that campaign ended with $2,875 raised ­– which meant that it could not move forward.

However… that was not the end of Robots vs. Princesses. 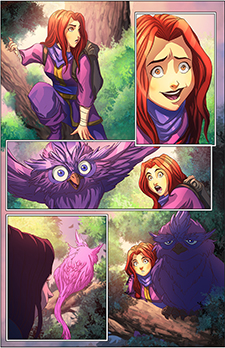 Anyone who’s done a Kickstarter that’s come up short, or gotten a rejection from a publisher knows that it can be discouraging. And just because you do everything right doesn’t mean you’re going to get what you want. Over the past year, Todd has gone to more shows, has made more progress with the comic, started a newsletter to build his up his base, and reworked the rest of his strategy going forward.

On July 25th, Todd took to Kickstarter once again for Robots vs. Princesses. This time the goal is more modest. Instead of trying to fund all four issues, this campaign is just looking to fund the first issue. The goal is down to $2,500 for the first issue. Seeing as the first attempt made over $2,500 this was a good goal and a safe bet. That safe bet has paid off spectacularly with this Kickstarter already about 75% of its goal with over two weeks left.

Not every comic Kickstarter is a big success. Not every comic gets picked up right away. Todd Matthy could have easily packed it in and called it a day after not getting funded in his first attempt like countless other creators have in the past. He didn’t. He sucked it up, took the time to reorganize and roll out a different strategy and it’s working. Patience is something that is required for anyone that wants to break into comics and it’s a trait that Todd possesses. Go check out his Kickstarter and see what an elementary school teacher is doing to make a passion project come to life for young readers.

Tune in next week when I (hopefully) am able to shamelessly plug a project that I’ll be involved in. Same Bat time. Same Bat channel.