Beginning a series of articles focusing on the major and minor players in the pulp publishing world! The first company to fall under the microscope is Wild Cat Books.

HISTORY: Originally began as “Secret Sanctum” in 1997 as a home-made, Xeroxed “fanzine” and was the first of its kind to feature full-color throughout. After 3 years and 17 issues, it officially became Wild Cat Books (WCB) and continued for a while as your typical “fanzine” but in B&W. Soon after, they became involved in the Print-On-Demand (POD) feature which allowed them to publish square-bound Trade paperbacks and magazines and started a bookstore at Lulu.com where orders could be placed, and only those orders would be printed as needed. This was a fine option that allowed them to not require a minimum press run and helped keep expenses and inventory to a more manageable point. Eventually, they became involved with Amazon, which allowed them to produce even better looking books at an even more reasonable price. For the past few years, Amazon has been their printer of choice. 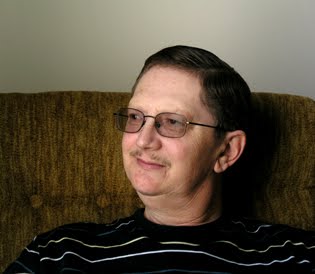 STAFF: Ron Hanna was the Founder, Publisher, and Editor-in-Chief and remains in that position today. Ver Curtiss is the Art Director and has been involved with Ron from the very first issue of “Secret Sanctum”. They remain good friends and collaborators to this day. One of the best, and earliest, writers for them was Kevin Noel Olson, who created and wrote the critically acclaimed “Spring-Heeled Jack: Gunfighter” series that included many short stories and a full-length novel. After several years of writing other projects, Kevin is returning to “Jack” in an all-new series. There are a number of Artists involved with WCB, each having their work appear in a variety of projects. Some of the more popular of these are Nick Neocleous, David Burton, Ver Curtiss, Gary McCluskey… all of whom are professionals in their fields. Another very important person involved with WCB is William Carney, an Award-winning Graphic Designer who puts that very special professional touch and look to WCB’s productions. He is also the Managing Editor and is one of the most important people on staff at WCB. The Writers involved vary considerably… This is probably the most wide-ranging group of people involved. Some have been with WCB for a long time, others for just a few submissions. The most prolific of these has been Barry Reese, who has done many wonderful books for WCB and his “Rook” series is up to 5 volumes now, with more on the way. He’s also written some stand-alone novels that have also garnered great reviews, including “Rabbit Heart”, “The Damned Thing”, and “The Savage Tales of Ki-Gor”. Barry is also the Marketing Director for WCB and you can find his works published not only by WCB, but many other small-press publishers as well. Other writers of note are K.G. McAbee, Tim Jones, and Chris Carney. 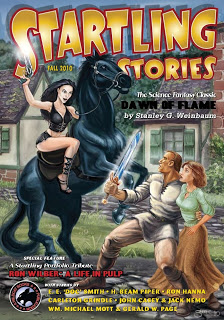 PUBLICATIONS: Along with the continuing series of “The Rook”, the other on-going publication that WCB is famous for is their revival of the old pulp magazine “Startling Stories”. This quarterly magazine features both new material as well as reprints from the Golden Age of Science Fiction. It’s one of their more popular titles and always features something for everyone, from “Retro-Reviews” to the exclusive “Saucy Blaine” comic feature by acclaimed writer and artist Ron Wilber, who has been involved in pulp fandom for over 20 years. They also publish full-length novels, anthologies and short stories in many genres: Science Fiction, Fantasy, Horror, Pulp Hero, Weird Menace and other popular genres. They have a website where you can peruse their recent releases and even order them directly from Amazon with a “Buy Now” button. See http://www.wildcatbooks.net for what they currently have to offer… Some other books that were originally published through the Lulu site remain there, and are some of the best reference books the pulp fan could ask for: “The Captain Future Handbook” by Chuck Juzek is a massive full-color Hardcover that is the definitive collection featuring this classic space hero. Other excellent reference works are by Award-winning pulp historian Wooda “Nick” Carr, and those include “The Pulp Hero”, “Master of the Pulps” and “The Pulp Magazine Scrapbook”. All of these belong on every pulp fan’s bookshelf. 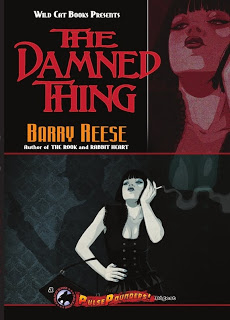 SUBMISSIONS: WCB does accept submissions but they currently have many projects in the works, so any new submissions, even if accepted, may not see print for some time. This is because WCB is dedicated to producing the finest books that they can deliver. They believe in “Quality over Quantity” and may only publish about 6 books in a year, but the results are most definitely worth waiting for!