Tagged: War for the Planet of the Apes

Box Office Democracy: War for the Planet of the Apes 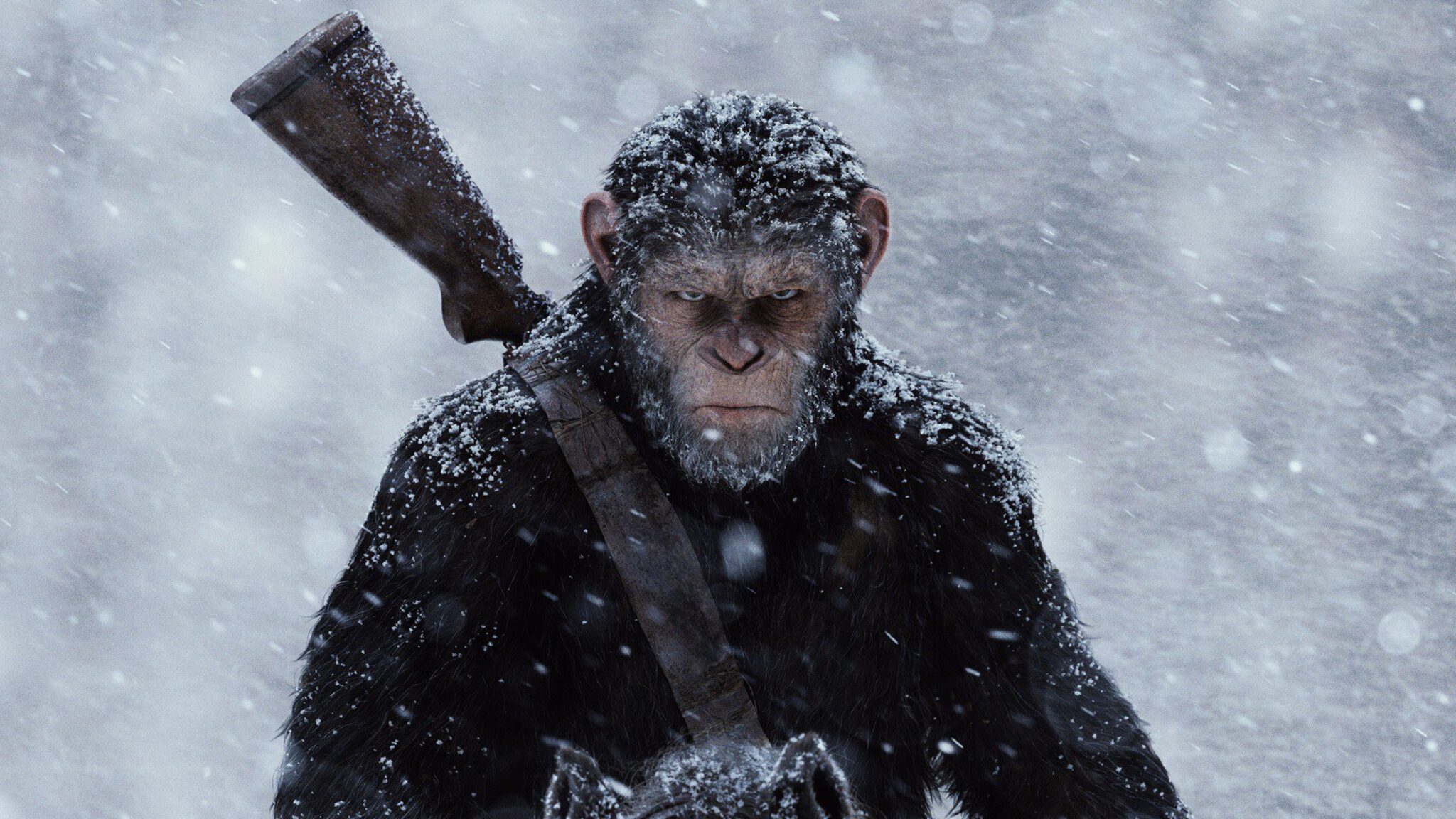 I’m honestly not sure why these Planet of the Apes prequels work so well.  On paper they’re a disaster: a trilogy of prequels to a movie that while historically significant is not relevant in the modern era except for having a famous twist ending everyone knows.  Every movie sets itself up as a conflict between humans and apes and the titles reveal that the humans don’t stand much of a chance.  They work because there’s a real heart here, there are great performances from both humans and CGI apes.  Everyone in War for the Planet of the Apes cares about the stakes so much that you can’t help but be completely invested.  These movies are beacons of earnestness in a cynical, sarcastic, landscape.

There’s a lot of plot in War and I’m not sure it’s all necessary.  Head ape Caesar (Andy Serkis) wants to lead his people out of the woods they’ve been living in since the last movie because it’s suddenly untenable.  There is word of some paradise out past the desert and the apes plan to move out.  I don’t want to spoil any of the emotional beats but Caesar ends up not going with the rest of the apes and instead goes with the only two characters I remember from the last movie and a newcomer and try to hunt down the colonel leading the aggressive human military (Woody Harrelson).  The colonel is afraid of a disease that is somehow taking higher brain function away from humans and this has put him at odds with other human factions.  This all ties together with a rescued human girl who has the disease and an awfully depressing ape concentration camp.

That’s a lot of story even for two and a half hours.  War wants to linger in the bigger moments, and it should— those are absolutely the strongest parts of the film— but it ends up throwing away good stuff.  The whole illness plot builds to the predictable end, the colonel contracts the disease and kills himself, but it happens with 20 minutes left in the movie and I don’t think it affected the outcome.  By taking the disease bit out of the climax and making it basically inconsequential all it actually does is give us a cop out for Caesar’s journey of revenge.  He doesn’t have to decide to kill the colonel.  Maybe the disease just exists to explain why the humans in the original Planet of the Apes couldn’t talk but that’s such a long way to go for something that no one really cared about in a movie from 1968.

This is a well-directed movie, a gorgeously shot movie, and the series features some of the best CGI acting I’ve ever seen.  Andy Serkis has been doing this for a decade but he’s amazing at doing performance capture.  I wouldn’t give him an Oscar for this part (it just isn’t nuanced enough) but it shouldn’t be discounted because of the medium.  In an era when it seems like all of the big budget action movies are jockeying to show how little their leads can care about anything, the Planet of the Apes franchise is going the other way.  Everyone in this movie cares a lot all the time.  There’s a family-like relationship here that is exactly like the one Fast & Furious would tell you they have, but here they show it instead.  I want these apes to feel happy and know peace even though in the fiction that means the death of most of the humans.  This movie has me rooting against my own people.

I understand that they have plans to make as many as two more in this series and as much as I enjoyed this one I sort of wish they would stop.  I don’t know how to escalate from here.  The last movie has a well-meaning human who was pushed too far.  This one had an actually evil human pushed too far.  I don’t want to see them try to heighten past ape concentration camps.  It’s either time to get in to the minutia of building an ape society (and maybe don’t try that) or it’s time for Charlton Heston to fall from the sky.  (I suppose it could be time for Mark Wahlberg to fall from the sky but gross.)  I want this series to stop feeling like it’s spinning its wheels and while the end of this one suggests they’re sensitive to that problem I’m ready to just get to it being a planet of apes by now.