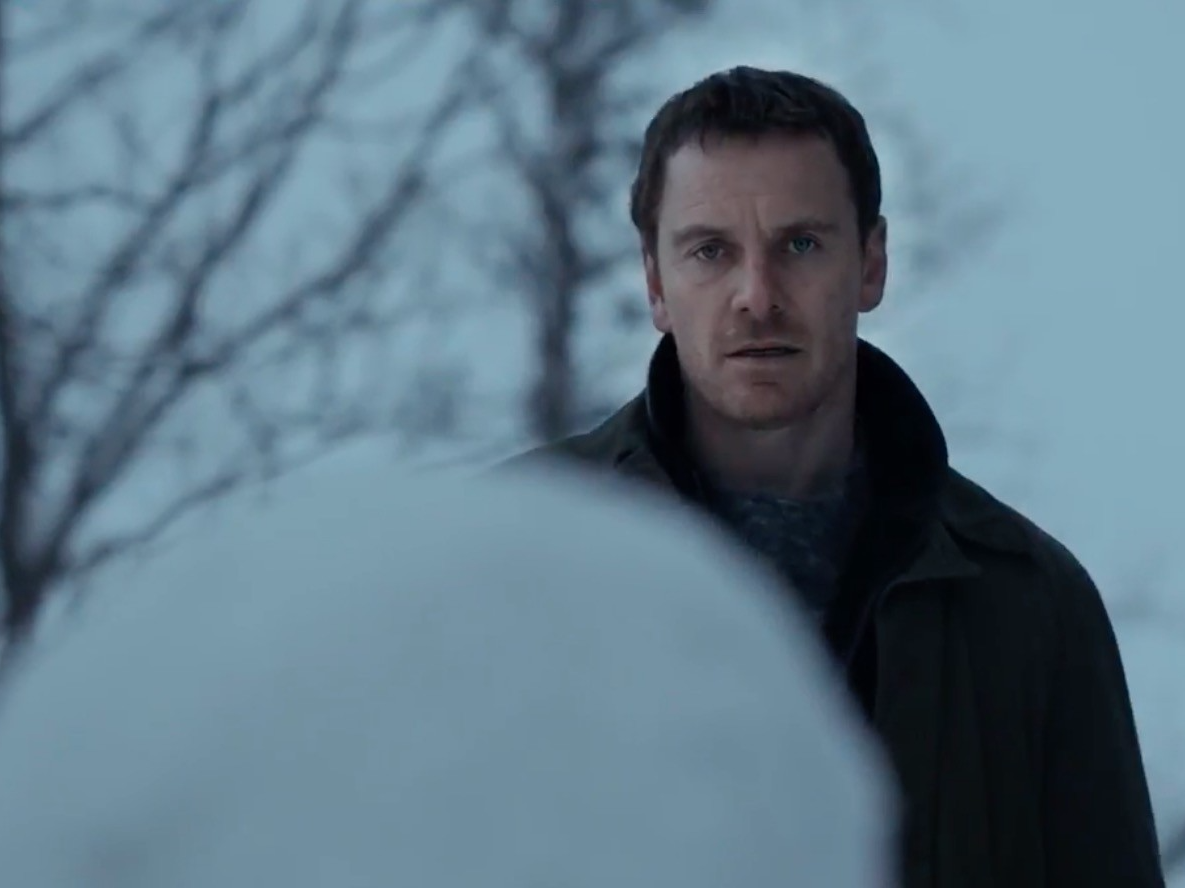 There’s a degree to which I have to respect any film that can take a thoroughly innocuous thing and make it terrifying.  Movies like Child’s Play or Nightmare on Elm Street have done this and become iconic classics partially on that basis.  If you can make something spooky that people didn’t find spooky before like a kid’s toy or going to sleep you are going to get substantial mindshare out of it.  The Snowman gets to that place with snowmen.  I walked in to the theater convinced it would be a silly device but by the end of the movie I got a bit of a charge seeing them get that little bugger in to new places.  It doesn’t save the movie— it’s unfortunately a terrible bore— but it gives it a bit of a lasting legacy as opposed to just being completely forgettable.

I don’t like when I feel I’ve been lied to by the marketing materials for a movie.  The first poster I saw for The Snowman (and most of the marketing material overall) was focused on this letter that read “Mister Police You Could Have Saved Her I Gave You All The Clues” and that’s a galling claim for a movie that has basically no clues in it.  The investigation follows one thread for the whole time for basically no reason than one person has a hunch/grudge and the suspects are creepy.  Then when this part of the investigation dead ends (because it was nothing to begin with) the movie is basically out of time and has to just tell you who did it so they have time for any kind of climax.  There’s no mystery presented to the audience at all.  To be fair the letter on the poster is not in the film at all but it still feels like I was sold a mystery and then delivered a more straightforward thriller.

It’s such a bummer that The Snowman is as bland as it is.  There’s a decent cast in here but they have nothing to work with and there’s no spark coming from behind the camera.  Michael Fassbender is an actor that I like but there’s nothing compelling about being a drunk detective that doesn’t have his life together.  That isn’t an interesting character because it’s been done hundreds and hundreds of times before.  He floats through the movie seeming barely interested (it leads to an amazingly unintentionally funny sex scene but that probably wasn’t the point) and that’s not acceptable in a movie about people being killed.  People have to care about that.  The whole movie is full of people who don’t care enough that a serial killer is plaguing their lives or that their son keeps running away, or that a dead person is suddenly in front of them.  Val Kilmer apparently was battling cancer during filming of The Snowman and they had to have someone else come in and rerecord all of his dialogue and it’s jarring and the sync is not as good as it could be.  I don’t know why you would cast someone who couldn’t deliver their lines.  I love Val Kilmer but he’s not such a transcendent physical actor that he’s good enough when his ever scene is a spaghetti western.

It would be hard for a transcendent movie full of spectacular performances and excellent directing to overcome the dreadful story work in The Snowman and with lifeless entries in all other categories this movie sinks into the frozen lake the provides so much of the plot development.  This is a movie with two compelling scenes in the first third of the film and then just a slog of bland nothing for an hour as the gloomy array of characters struggle to make me believe they care.  There are reports out that they didn’t get to shoot 10-15% of the script due to timing and budget issues.  Maybe somewhere in those gunshot pages there are magic scenes that turn this in to the compelling mystery thriller the marketing promised.  It’s just as likely there’s nothing that was going to save this film, that the adaptation was doomed from the start and it was a studio deciding not to send good money after bad.  We’ll never know and I don’t intend to lose any sleep over it.