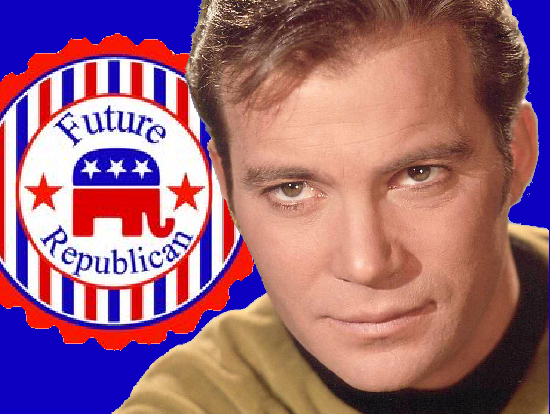 Mike Gold: James T. Kirk Is A What? And Ted Cruz Is A… What? 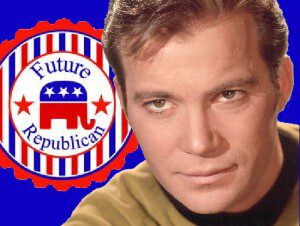 This is one of the many reasons I find politics to be a spectacular spectator sport – even when that nutcase Donald Trump isn’t sucking up all the ether in the bottle.

Ted Cruz named his company Cruz Enterprises after Stark Enterprises, according to the interview. This must reaffirm my fellow ComicMix columnist Martha Thomases’s belief that Tony Stark is a Republican, an opinion I share despite Tony’s sense of humor. This was made clear in the Civil War storyline.

Therefore, one might assume Captain America is a Democrat. Perhaps, but I think he might be an all-out radical. After all, left-wing activist Abbie Hoffman wore an American flag shirt on The Dick Cavett Show. The shirt was Chroma-keyed out, which proves ABC/Capital Cities was run by a bunch of imbeciles… as opposed to ABC/Disney, which is run by a bunch of imbeciles. But I digress.

Ted told the Times “Let me do a little psychoanalysis. If you look at Star Trek: The Next Generation, it basically split James T. Kirk into two people. Picard was Kirk’s rational side, and William Riker was his passionate side. I prefer a complete captain. To be effective, you need both heart and mind.

“Kirk is working class; Picard is an aristocrat. Kirk is a passionate fighter for justice; Picard is a cerebral philosopher. The original Star Trek pressed for racial equality, which was one of its best characteristics, but it did so without sermonizing… I think it is quite likely that Kirk is a Republican and Picard is a Democrat.”

Perhaps Ted is unaware that Picard is French and, as such, is not eligible to vote in American elections. However, this gross mistake is understandable as Ted Cruz was born in Calgary, Alberta. In case you skipped geography class the way Senator Cruz obviously skipped civics class, Calgary is part of the great nation of Canada. This hasn’t stopped him from running for president, although it is possible that a constitutional challenge might. Otherwise, we would be tipping our hat to President Schwarzenegger right now.

Ted might have been born in Canada, but he is of Cuban descent. This explains why he took pains to point out that he “can affirmatively say that I have made out with far fewer space aliens,” emphasis mine.

He did not clarify which of the many Spider-people he supports. The fact that Ted has strong Hispanic roots does not necessarily mean he’s a fan of the Miles Morales version, who is half-black, half-Hispanic.

Which puts Miles one-up on Barack Obama… who is also a Spider-Man fan. Like most presidents since the Great Depression, Obama has appeared in quite a few comic books, including Amazing Spider-Man. He’s been known to conspire with Amanda Waller, a person who, I strongly suspect, would not tolerate a man such as Ted Cruz.