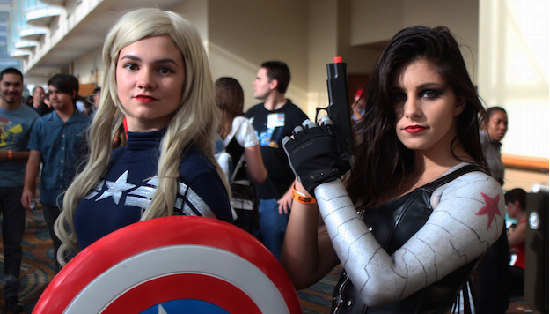 You don’t have to explain what a comic convention is to most people anymore. They know that these conventions are a celebration of geek culture, that they are places to sell comics and collectibles, and that a lot of people attend these things. Some people might know that the San Diego Comic-Con is the grand-daddy of them all, and generally considered to be biggest and the best.

But that standing is rapidly changing. Recently, New York Comic Con published some astonishing attendance numbers. As it has been each year, this was another record-breaking year as they counted 167,000 attendees. That’s a lot of people. 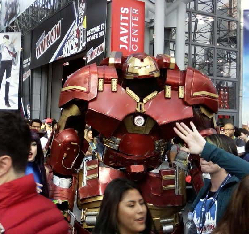 Geek Culture business analyst and author Rob Salkowitz sees different strengths for each. “NYCC strikes me as a great way for brands to reach influential audiences in the New York area (including a lot of media and publishing elites), whereas SDCC is still the only truly global fan event in North America.”

So while every major convention might have a distinct flavor or purpose, I feel the strong attendee and revenue growth across the board seems to speak to both the rise of Geek Culture and changing consumer habits.

Remember just a few years ago when Target was a “cool” place to shop? Everyone even pronounced the name as “Tar-jay” with a half-jokey attitude. Since then, big box retailers like Target and Wal-Mart (for the first time in ages) find themselves struggling and falling short of expectations. So many Americans feel that if you just have to “buy something,” it’s easier to just order it online and have it delivered. 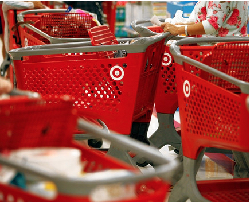 But if there’s an experience involved, it’s a different story. If you need an expert to help you plan your bridal registry, for example, you definitely want to go to visit a retailer. Or if you want to meet a favorite author, you’ll visit a bookstore for an autographing event. And if you want to celebrate your fan passion, you probably want to visit your comic shop every Wednesday or attend one of the country’s many comic conventions.

And with the rising tide of Geek Culture and comic cons, everyone seems to have a vision of how they should all work.

I shouldn’t have been surprised to read Alisha Grauso make her case in The Wrap (a news portal that covers entertainment news with a generous dollop of Hollywood insider insights) that movie studios should focus their efforts on promoting at New York Comic Con. For the industry, it’s been “understood” that Hollywood likes to participate in San Diego Comic-Con because it’s fun and it’s an easy economical trip. In her article, Ms. Grauso pointes to several important economic reasons to consider shifting Hollywood’s marketing focus away from thw San Diego Comic-Con and to the New York Comic Con.

I’ll admit it, in my role as a marketing guy we were recently suggesting to a client that they focus their efforts on other conventions rather than San Diego. And this choice makes sense for that particular client, and it also makes sense for more and more brands.
“Fan events… are big business,” said Lance Fensterman, senior global VP of ReedPOP. “It is where brands and media companies can connect directly with fans… passionate, passionate fans. These guys are rabid consumers of content, they have heavy social media presence, and they’re savvy. These are people that marketers want to reach. With that in mind, an important part of our job is to ensure this is done the right way and isn’t too overwhelming or distracting to the fan experience.”

The reality of the situation is that there are now so many venues for marketers to choose from. And that’s great for fans and great for brands.