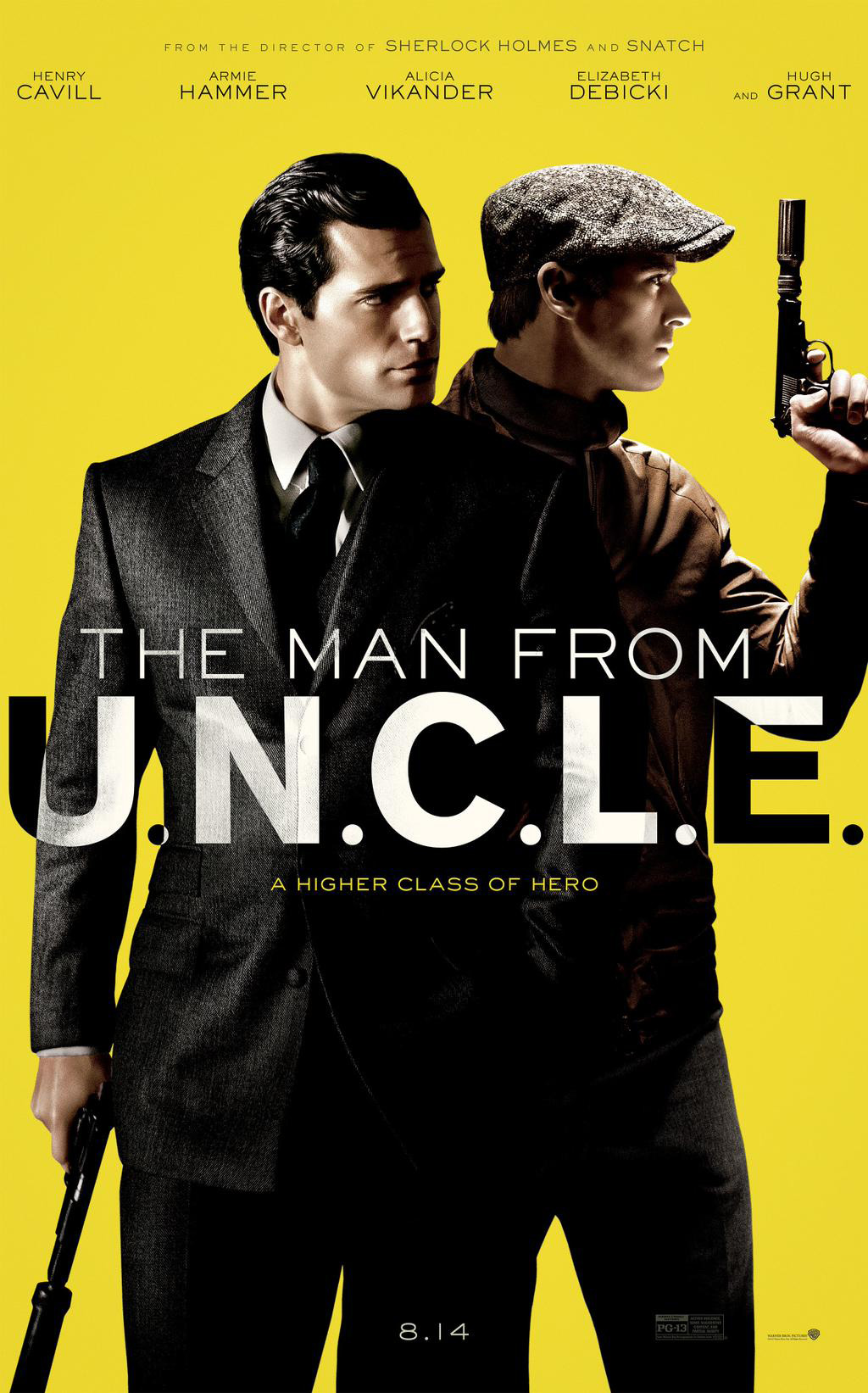 We all know how it works. A movie company gets a hold of a classic property like a TV show or even another movie, and proceed to “improve” it for a new audience by largely removing almost everything that made the property good in the first place.  It takes a singular talent to perform such surgery on a concept and successfully replace the gaps with quality entertainment is a rare accomplishment.

Luckily, Guy Ritchie is a singular talent, and while there is effectively none of the United Network Command for Law and Enforcement in the film, The Man From U.N.C.L.E.

is a perfectly entertaining period spy movie, a fine film about two men named Napoleon and Illya, much in the same way his Sherlock Holmes films were about two clever fellows name Sherlock and Watson, just not the ones we’re acquainted with.

In this iteration, Napoleon Solo (Henry Cavill) is a former master burglar; captured but pardoned in exchange for working for the CIA, and Illya Kuryakin (Armie Hammer) is the KGB’s best man, but prone to fits of violent rage. So clearly this is not your father’s (or in my case, my) U.N.C.L.E. agents.  Cavill plays Solo with a smooth charm that works perfectly, and while he’s not the cool emotionless Russian that sent hearts aflutter in the 60s, Hammer plays Illya as a semi-traditional Russian brute with a soft side.

Also missing is U.N.C.L.E.’s nemesis Thrush – here an unnamed “international criminal organization” is behind the plot, headed by Victoria Vinciguerra (Elizabeth Debicki), a classic brilliant femme fatale, played to the hilt. The organization has obtained the means and the scientific expertise to manufacture nuclear weapons, still the hotly guarded secret in the sixties, forcing the US and USSR to team up and send in their best men, the aforementioned Napoleon and Illya, who have by now met once, before the were asked to play nice. Napoleon had just completed a tactical extraction, pursued by Illya, of one Gaby Teller (Alicia Vikander), daughter of the scientist believed to be working for Victoria. She is recruited to make contact with her…um, father’s brother, who is believed to have been the one to facilitate the arrangement, in the hopes of revealing their treasonous scheme. 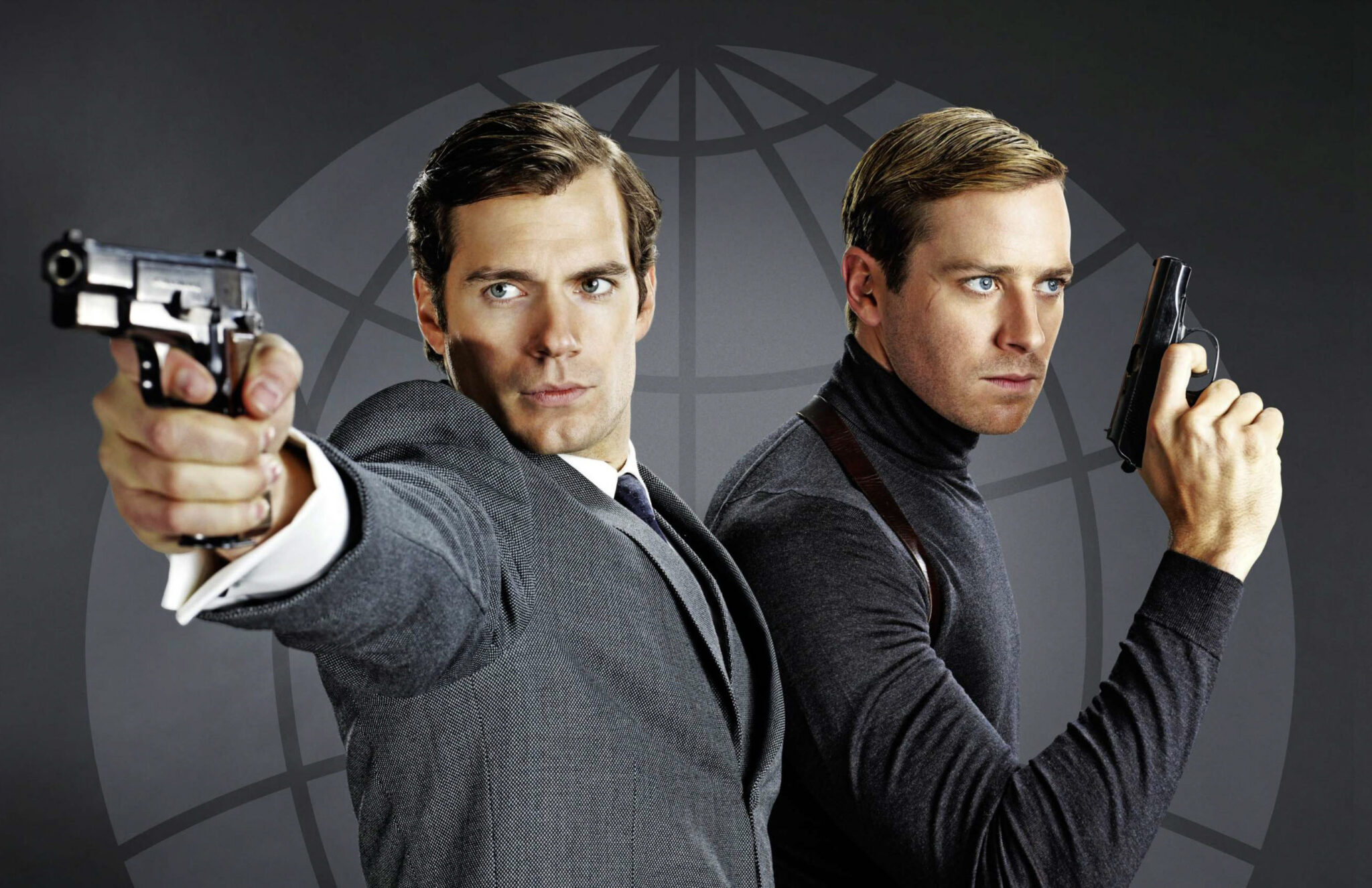 The film hits all the points you’d like a period spy movie to hit— fast-paced split-screen editing, the stealth incursion into the bad guy’s lair, some staggering costumes for the ladies (none of which were particularly revealing, but still a retro joy to behold) and the requisite turncoat moment or two (to say who did it to whom would be telling). The soundtrack is a delight, a combination of Ritchie’s traditional amazing skill for picking existing songs, and a score chock fill of pan flutes and hammer dulcimers, the source of much of the music found in spy films in the sixties. But the film rises and falls on the chemistry between the stars.  Cavill and Hammer plays against each other perfectly, and both work well with Vikander.

As mentioned at the beginning, the only complaint one could have for the film is exactly how little a role U.N.C.L.E. itself actually plays in the film. Hugh Grant arrives in the third act as Alexander Waverly, here a member of British Intelligence, and it’s only at the very last moment of the film that the eponymous acronym is ever used, and even then, it’s made to sound like it’s going to be nothing more than a code name for the pair, um…team. I pretty much knew going in that we were going to be saddled with a “When they first met” movie, and we would have to sit there and wait for them to become the team we know with the same impatient frustration of sitting through Popeye, and just waiting for Robin Williams to eat the gorram spinach.  We didn’t get cameos by Robert Vaughn or David McCallum, I didn’t even see the U.N.C.L.E. special Walthers I thought I’d spied in the trailer.  I sat through the credits, hoping against hope they’d give us ONE tip of the hat, that iconic title card that made sitting through the TV show’s credit worth it every week.

Throw me a frikkin’ BONE, here!

Happily, this was one of the few cases where I was able to put my feeling about missing what we didn’t get aside and just enjoy what we did get, because what we got was cherce.

Guy Ritchie’s “The Man From U.N.C.L.E.” trailer impresses, but…

Need I add, this is in my wallet?

So when I heard Guy Ritchie got the nod to bring us a new film, I was ready to believe.  But of course, this is not only the man who brought us Snatch and the Sherlock Holmes movies, but the remake of Swept Away.   END_OF_DOCUMENT_TOKEN_TO_BE_REPLACED