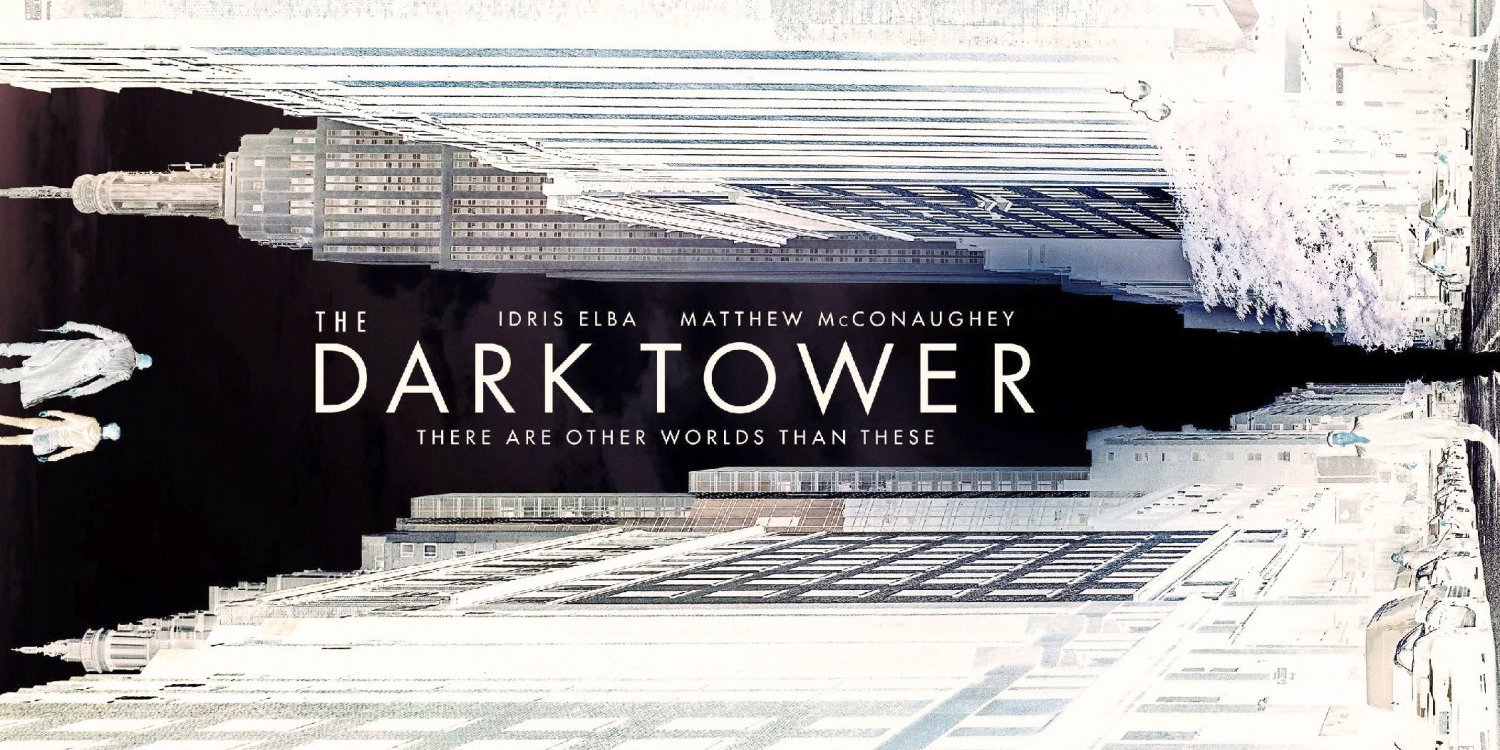 I wonder if it bothers Stephen King that his 54 novels and 200 short stories have produced exactly one great movie.  (Two if you count The Shining, and you probably shouldn’t, considering the very public feud between author and director.)  We have the greatest pulp author of a generation, perhaps of all time, and he just keeps sending his ideas off to Hollywood to die.  I don’t mean to turn the man in to too much of a martyr; he keeps cashing the checks, so he knows what this is.  But to see The Dark Tower, the sprawling thirty year epic he wrote threading through so much of his work, turn in to a pale reflection on the silver screen must sting worse than most.  The Dark Tower is probably the best attempt we’ll ever see to turn a 4,000 page story in to a 90 minute movie, but also maybe no one should ever try that again.  There just isn’t room for any nuance.

I’ve never read any of the Dark Tower novels and I’ve never felt particularly tempted.  I understand that this movie is a sequel of sorts to the books and also that it tries to tell a fair bit of the overarching plot of the novels in this 95 minute movie.  I don’t understand how both of those things can be true but there’s no possible way this is a reasonable adaptation of eight Stephen King novels, that man writes a dense book.  I appreciate that this isn’t anything like the Peter Jackson Hobbit movies and they didn’t turn this in to an endless stream of movies with endless amounts of exposition until I feel like I’ve been ground to dirt.  The Dark Tower, for all of its other faults, has a sense of tempo that is lost with books by directors that make movies like an overly defensive book report needing to prove they did the reading.  I always felt The Dark Tower wanted to get to the next scene and wanted to be entertaining.  It didn’t always succeed but it was trying.

Of course, I can’t tell you anything about what this movie was about.  There’s the eponymous tower and it’s good that it’s there but some bad guys who are basically all Vincent D’Onofrio from Men In Black are trying to use psychic children to destroy the tower.  The first half of the movie has a fairly compelling plot about family and trust but that just completely falls away.  It ends up just being a boy (Tom Taylor) hanging out with The Gunslinger (Idris Elba) in a barren dessert world that looks an awful lot like a studio backlot but according to the credits was South Africa.  Occasionally an evil sorcerer (Matthew McConaughey) will turn up and make everything interesting but they try to keep him as far away from the action as they can.  Probably because it’s all building to a confrontation that takes less than three minutes.

Matthew McConaughey seems like he was basically born to play a slick Stephen King villain.  He has the honeyed way of American speaking that I always tried to do in my head when someone was trying to talk someone in to giving up their soul for a trinket or whatever.  He’s playing a rather generic villain here, I presume because the intricacies of licensing made The Man in Black a little smaller than his literary equivalent (I don’t know how I know so much about this character despite never reading the books but here we are).  He shows up to be menacing and he backs up his bluster by being very mean to his subordinates and characters who are no longer useful.  He’s like a Saturday morning cartoon villain that can actually kill people.

Idris Elba is a talented actor given no chance to act.  The Gunslinger is every gruff hero you’ve ever seen in anything ever.  He doesn’t want to form emotional attachments and he doesn’t want to talk about why that is.  He’s very good at shooting things and there’s solid work given to showcasing that talent but it’s a waste of Idris Elba.  All they needed from Elba was a look and while he looks amazing (he’s a handsome man) there’s no there there.

I’ve seen something like 250 movies since I started reviewing them in 2012 and I’ve learned a little bit about good movies and a lot about bad movies.  The Dark Tower is a bad movie but it’s a great bad movie.  It isn’t excruciating to watch, it has the sense to be short, and there’s always something to pay attention to even if the story is bland nonsense.  They put a giant amusement park sign that said “Pennywise” and I was on edge for a whole scene that had literally no other content.  The Dark Tower is the kind of bad movie that you can walk out of feeling refreshed, remarking to yourself that it “wasn’t really as bad as people said” and while it might not be true it feels better than the movies where you can’t wait for the lights to come up.