Mindy Newell Is Writing This During The Giants / Packers Game 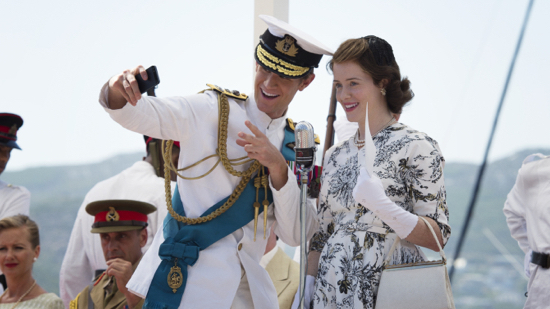 This is going to be a relatively unusual column today as I am frequently stopping to watch the New York Giants/Green Bay Packers wild card game. Right now there are 20 seconds left in the 1st quarter, the G’ints just punted, and Green Bay’s drive will start on the 45 yard line. The Giants should be up by at least one touchdown, but Beckham has dropped two perfect passes in the end zone – commentators Joe Buck and Troy Aikman are speculating that it’s because of the cold weather and although that’s possible, that’s not what I expect from a player of Beckham’s caliber. He made the All-Pro team this year. Anyway, the G’ints are up by a field goal (that’s three points for you non-football fans out there) and Green Bay has yet to put anything on the board.

I will say that New York’s defense in the 1st quarter has been terrific, but it’s a loooong game. Also, as I pointed to out to my daughter, son-in-law, and brother, the Packers have lost two previous play-off games to the Giants and they are as hungry as I would be. Eye of the Tiger, y’know?

Man, it’s hard not to write a running commentary on the game, but this is ComicMix, not NFL SuperPro (to mention the magazine I edited at Marvel in conjunction with NFL Properties), so I will digress from the pigskin.

To be honest, I haven’t ready any new comics that have impressed me enough to talk about – although I do love Adam Hughes’ Betty & Veronica – but I sure have been on the web a lot lately checking out “ComicMix-y” series, along with previews and trailers for what’s “coming soon.”

Constant readers will know that I have watched The Crown on Netflix (the geek connection is Matt Smith as Prince Phillip) and just finished the second season of The Man in the High Castle on Amazon. I’m currently looking forward to The Handmaid’s Tale, based on the 1985 speculative fiction, dystopian novel by the noted Canadian author Margaret Atwood, which will be premiering on Hulu in April. Set in a bleak future in which the United States has been become the theocratic Republic of Gilead, in which women have two functions: Madonna (wife and mother) and whore (the “Handmaids” of the title). While the novel primarily explores the themes of the roles of women in society, it also raises questions about the relationships between men and women, the purpose of class and caste, freedom of speech and thought, and the power of religion to subvert individualism.

The novel won the 1987 Arthur C. Clarke Award, and was nominated for the 1986 Nebula Award and Booker Prize; it was also nominated in 1987 for the Prometheus Award. It has already been adapted as a movie (which starred the late Natasha Richardson, and which, im-not-so-ho, did not do the book justice) and has also been translated to radio, opera, and stage. I’m really looking forward to it’s adaptation as a series so that the book has the chance to “stretch its legs.”

It’s the 2nd quarter, 3:60 left, and the G’ints are up by 6 – two field goals. Green Bay hasn’t yet scored…fuck! Green Bay just scored…and I must admit it was a daring pass by Green Bay quarterback Aaron Rodgers to the successful and talented wide receiver Davante Adams. With the extra point, the Packers are now up by 1 – the score is now 7 – 6.

Much closer – next Saturday (January 15) is the television premiere of the sixth season of Homeland, although Showtime is already streaming the first episode and has made it available on Showtime On Demand. Carrie Mathison (Claire Danes) is in New York City, specifically Brooklyn, disengaged from the CIA, and has started a foundation to help falsely accused Muslims. Saul Berenson (Mandy Pantikin) and Dar Adal (F. Murray Abraham) are back, as is…

…Rupert Friend as CIA “black ops” agent Peter Quinn. (To paraphrase Captain Kirk to Spock in The Wrath of Khan: “Isn’t he dead?”)

I check out the premiere of Emerald City (NBC, Fridays at 9 P.M.), which co-stars the indomitable and magnificent Vincent D’Onofrio (Wilson Fisk, a.k.a. the Kingpin, last seen on the whatever screen you use in second season of Netflix’s Daredevil) as the Wizard…

Double fuck!!!!! I missed the play (in fact, I don’t know how the Packers got the ball back because I was writing this), but the Packers have just scored again – and it’s an 8-point Green Bay lead. 14 – 6 going into halftime. What the hell happened to New York’s defense??

Okay. I’m calm. Depressed, but calm. As I was saying, I tried Emerald City, but it just didn’t work for me. It was too slow…or something. Not sure. I didn’t make it to the second half of the two-hour premiere – not actually a pilot, but two episodes run in sequence. But YMMV.

24 will be back, premiering on Fox after the Super Bowl (February 5), but without Jack Bauer (Kiefer Sutherland) and Chloe O’Brian (Mary Lyn Rajskub). Yep, Fox is doing a sequel, officially called 24: Legacy. Corey Hawkins is the “new Jack,” playing ex-Army Ranger and war hero Eric Carter. However, Carlos Bernard as agent-gone-bad Tony Almeida will be back. I don’t know about this one. Keifer and Chloe put such indelible marks on the show; it remains to be seen if lightning can strike twice.