Martha Thomases: TV or Not TV? 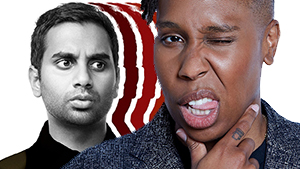 As I was watching the 2017 Emmy Awards last Sunday, I thought about how much the television industry has changed. It’s a cliché to say that this is the Golden Age of Television, but, in many ways, that is true.

However, that is not what I want to talk about.

Women and people of color won an unusually high percentage of awards. I mean, women always win in the “Best Actress” categories, but there were women (and people of color) (and queer people) winning in the writing and directing categories as well. This didn’t go unnoticed. To quote from Master of None writer Lena Waithe’s acceptance speech “And last, but certainly not least, my L.G.B.T.Q.I.A. family. I see each and every one of you. The things that make us different, those are our superpowers. Every day, when you walk out the door and put on your imaginary cape and go out there and conquer the world — because the world would not be as beautiful as it is if we weren’t in it.

Those words describe my favorite thing about superhero comics. 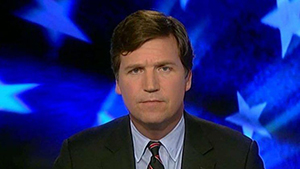 Winning awards, especially in the entertainment industry, is not necessarily a matter of quality. A lot of awards get won by people who are good at marketing, or who are owed the most favors. This year seemed to me to represent a real sea change.

There are so many ways to watch “television” these days that sometimes I wonder if we should find a different noun. If I’m watching on my phone (which I never do, because I am old and my eyes are as well) or my computer, is that TV? Maybe, but websites aren’t referred to as “magazines” even when the content is the same. Is it fair to make broadcast television, which is subject to restrictions from government licensing and advertisers, compete with cable and streaming companies? Is it fair to ask me to judge which awards are appropriate when I haven’t seen everything, and I’m already paying for four premium services? Am I made out of money here?

This abundance is, to my mind, a good thing. There are so many different kinds of things to watch. I’m not into reality television but, if you are, there are all sorts of non-fiction programs. Some are good and some aren’t. I very much want to like the Emmy-winning Atlanta, but I can’t figure it out, and I’m fine with that. It’s okay that everything good is not for me. It’s great that there is something good for everybody. 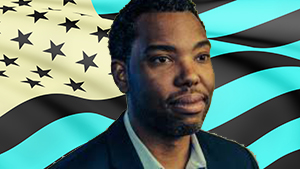 Instead of fighting over pieces of the pie, creative people (including, in this instance, producers) have made more pie.

More than 25 years ago, when Milestone Media started publishing, this was their attitude. Instead of complaining that the Big Two comics publishers were run by white men, with heroes who were white men, aimed at an audience of white men, Milestone created new characters to appeal to new audiences. Those comics sold like crazy until DC, for whatever reasons, screwed up the marketing. Even now, if you go to a comics convention, you’ll see cosplayers in Milestone-inspired costumes.

Not everyone is happy about this. Insufferable preppie Tucker Carlson who looks and sounds like a lot of the guys who were popular in my high school, and now think high school is the way the entire world is supposed to work, used the Emmy Awards as an excuse to lambaste Ta-Nahiei Coates. Not that Coates needs any advice from me, but he should be fairly pleased that he is such a good writer that he’s getting under Carlson’s skin. If I was Marvel, I would promote Black Panther with Carlson’s clip.

I think it is because there are so many ways to watch “television” these days that we have so much good TV. I think we can apply the same lessons to comics and graphic storytelling. I love my local comic book store but, if I was a new customer, I would be lost trying to find something to read. Bookstores, with a longer history of appealing to different tastes, would work better for my introduction to the medium. And, if I wasn’t ready to invest in printed paper, I’d appreciate a way to sample things online.

Online comics are no more my thing than Survivor (not that they are similar in any other way), but both attract millions of eyeballs every year. Both provide a way for creative people to earn some money and express themselves.

Time and the marketplace will determine what’s good and/or what people want.