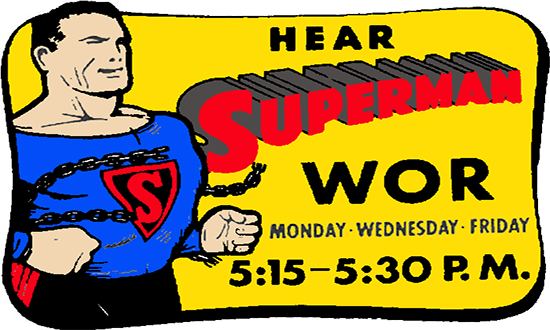 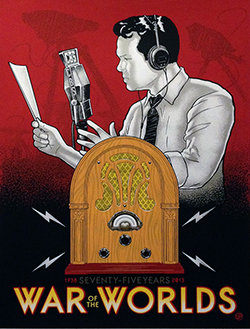 So look: we’re all part of the same whole, right? I mean, we can all trace our origins to the same big bang, between 13,000,000 and 14,000,000 million years ago, give or take a few calendar pages, so I shouldn’t have to perform mental/verbal gymnastics to convince you that radio drama has a relationship with comic book scripting, beyond the obvious, that both are what Stephen King calls story delivery systems.

But there may be a few gnarlys lurking in the crannies of bandwidth who present themselves as doubters. We shall let them continue gnawing on fish bones when I sweep you back some 68 (again giving or taking some of those pesky calendar pages — but much smaller calendar pages this time).

It’s me, there in the kitchen, standing on a chair so I can reach Mom’s white plastic radio which lived atop the refrigerator, also white and sometimes called the “icebox.” I was listening to – I was heeding – my programs. Superman. (Of course, Superman!) Captain Midnight. Buck Rogers. Tom Mix. (He was a cowboy, and of course we made room for cowboys.) These, and others I may be forgetting were after school shows, broadcast on weekdays between four and six. 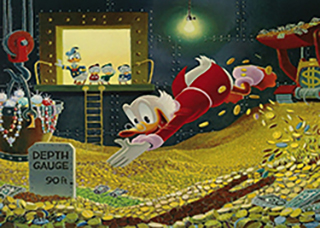 I heeded them. Oh, yeah.

The radio stuff wasn’t all that was in my post-toddler portfolio. There were also the comic books and some weeks I got only one, largesse from Dad who picked it up along with milk for the family after Sunday Mass. Some weeks, though, I had a lot more than a single paltry comic to read. Every once in a while, often on a sunny afternoon, I collected my used comics, put them in a wagon and visited the homes of the other kid-comics readers in the neighborhood and, sitting on somebody’s porch, we’d trade: their used and maybe slightly torn comics for mine. Our books were never doomed to Mylar bags, to be hoarded like the contents of Uncle Scrooge’s vault. Our comics were only getting started! They were destined to extend their gifts of enchantment and delight into the future, to porches we had never seen and maybe even city blocks that would be new to us.

So, yes, I was a comics nerd before there were such things. But… except for the days when I went a’trading, I had only one new comic in a week. Pretty sparse diet of high adventure. But radio – Monday through Friday, exciting stories – and a bunch of them. Sure, they were continued but I didn’t mind that, and I didn’t know what the characters looked like (unless they also appeared in comics) but that was okay, too.

Better than okay. Not seeing the humans who belonged to the voices, I visualized them – you know, made them up in my head – and while I was at it, I imagined cars and planes and buildings and lots more. I imagined a world.

Pretty good training for a kid who would grow up to be a comic book writer.