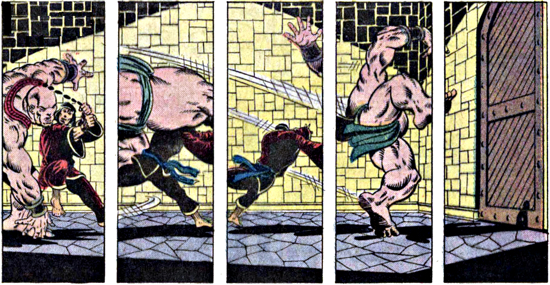 Pay attention now. There’s a lesson to be learned here today and you should believe what I’m about to write, but we’ll get to that later… after we produce some evidence.

Here’s the lesson – in italics to emphasize its importance: Authority figures are often full of shit.

I’m not saying all authority figures are wicked per se. They are, after all, a gift of evolution and anything that evolution offers has a reason for being. But keep your skepticism at the ready when visiting the experts, especially if they’re speaking outside of their specialties.

You might want to heed a brain surgeon’s recommendation regarding your gray matter, but pass on his political opinions.

And about those specialties: be at least a tad skeptical there, too. A few months a medical specialist with the white jacket and the framed certificates on the wall – the whole package – gave Marifran a pretty alarming diagnosis. She accepted it – he’s the doctor – and we got on with our lives. Then the lovely Perri Pivovar suggested we visit a university-affiliated clinic that specializes in the kind of illness Mari allegedly had. But she didn’t. A thorough examination revealed no trace of the illness, just some residual damage from a stroke Mari had seven or so years ago, eminently treatable.

Now, that evidence. But first: by some criteria I’m an authority. No kidding. Not a claim I’d make for myself, but over the years I’ve occasionally worked as an editor and a college professor, and those are authority-type jobs. So here is what this “authority” wrote last week:

“The best of them was Master of Kung Fu for which Roy Thomas had the bright idea of making his hero the son of Fu Manchu, a master

The only problem here is, Roy did not create Master of Kung Fu. That chore was handled in 1972 by Steve Englehart and Jim Starlin. It was published by Marvel Comics, of which you may have heard. Roy and Gil Kane created another martial artist hero: Iron Fist, a.k.a. Danny Rand, who first appeared in 1974 and was the subject of last week’s column and of a television series that may be streaming on a TV set near you if you’re a Netflix subscriber.

Now, I’m willing to affirm that everything in the preceding three paragraphs is true and the only reason you may have to doubt it is that it comes from someone who has admitted to being an authority and we have agreed, have we not, that authorities are inherently untrustworthy. What to do?

Perhaps you could join a cult? Scientology may have a few openings.