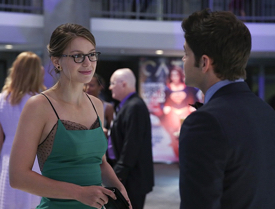 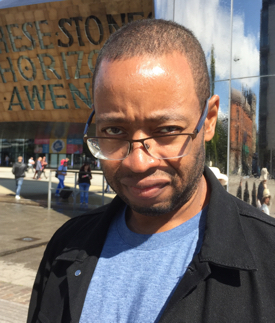 Geek Culture in popular media has some dark and grisly stories to tell. I’m talking about shows like Gotham, The Walking Dead, Deadpool and the upcoming Suicide Squad movie. But it’s a big tent with lots of room.

CBS’s Supergirl show is on the other end of the spectrum. Supergirl is a positive, upbeat program that focuses on heroism without the grimness or grittiness that so many other comic shows embrace.

Over the years, however, Supergirl’s adventures have had many different styles. She’s run the gamut from being sweet and innocent to sultry and sexy (with goth-esque overtones). With a fresh and friendly point of view, Sterling Gates and Jamal Igle jumped onboard to the Supergirl comic in 2008. They never looked back. Today we see so much of what they brought to the party baked into television’s version of Supergirl.

I caught up with Jamal Igle, the brilliant artist of that Supergirl comic series, to see what he thinks about TV’s Supergirl and on his other projects.

Ed Catto: The CBS hit show Supergirl seems to embrace so much of the version of the character established by you and writer Sterling Gates. What’s your reaction?

Jamal Igle: I was over the moon, to be honest. It’s a little surreal to see the things you’ve drawn homaged on screen. There have been subtle changes in some cases like substituting Alex Danvers for Lana Lang, Hank Henshaw/ J’onn J’onzz sort of standing in for Inspector Henderson but the broad strokes were definitely maintained. 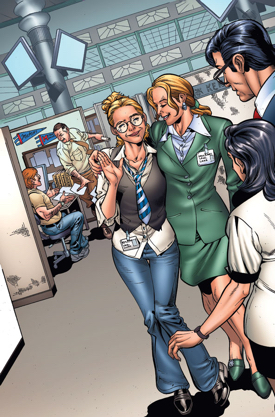 EC: Did you know about this approach before it debuted?

JI: I had heard some rumors before hand but I have some media connections who got to see the CBS upfront presentation and confirmed it for me.

EC: Do you watch the show, and what’s that like each week?

JI: I watch it with my daughter, we both enjoy it immensely. It’s definitely gotten stronger with each subsequent episode. I particularly like how they manage to balance the interpersonal relationships between the characters with the action. It’s fun for me to see Kara and Alex interact on one level as sisters and then as partners.

EC: Was your approach to Supergirl dictated by management or did you and Sterling develop that approach?

JI: No, in fact just the opposite. I think, at least for me we were going against the grain a bit. Keep in mind that when Sterling and I first came on the book, the series was a bit rocky in terms of characterization. It floundered after Jeph Loeb and Ian Churchill left and the sales had dipped a bit as they were trying to find an origin and a take that would work. Sterling came in with an honest to god love for the character that was infectious and made me love her as well. It seemed to work because we started to get some serious notice for what we were doing,

EC: How was your Supergirl received by management? How did the fans like it? 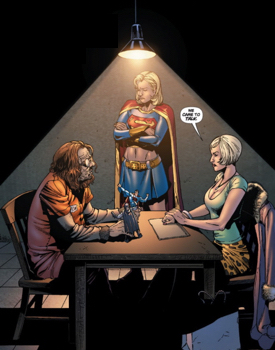 JI: The majority of the fans loved it, and a lot of women came back to the book as well. There were some detractors of course. One example that always sticks out to me is a poster from the old DC Comics message boards who went by the name “Larry Gardner” who was incredibly upset by what we were doing.    “Those of us Supergirl fans who continue to be pissed off by the undershorts and Supergirl’s lack of hormones, spirit, and personality need to keep up our angered posts and let them know their gender double standards and anti-Supergirl witch hunt will never be tolerated.”

So incensed by our take, he started a “Disgruntled Supergirl fan” website.

There were some in the upper management that weren’t too keen on what we were doing either. They thought our approach was too prudish, that she was being written like an old woman. When the subject of the fore mentioned “Supershorts” became known after an interview I did on Comic Book Resources was picked up by NPR and a slew of feminist blogs, DC started turning down media requests from newspapers that wanted to cover the story. So the irony that the very same approach that some derided has been embraced by a large television audience hasn’t been lost on me all these years later.

EC: How did Supergirl sell then?

JI: There was an uptick in sales for a good portion of our run, in fact we were at one point outselling Superman and Action Comics for about six months.

EC: Firestorm is an integral part of the CW show, DC’s Legends of Tomorrow. What’s been your reaction to that? 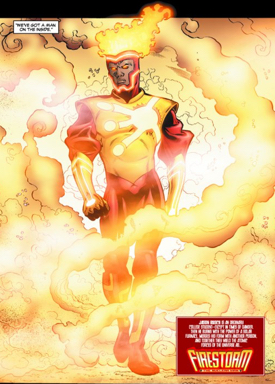 JI: I’m a fan, and again it’s awesome to see one of my designs translated into another medium that way. The first two episodes have been great.

EC: You’re now working on a comic called Molly Danger. Can you tell us about how that started and what it’s about?

JI: I originally created Molly back in 2003 as an animation pitch, but I ended up trying to make a comic series out of it. After many misfires, I put the series to the side until 2010 when I was approached by an editor at a publishing company looking for kids’ comics materials. So I revisited the concept and adapted it to its current form. When I finished my contract at DC, I was approached by another writer about trying to put together a Kickstarter and I decided to do Molly instead. After two successful Kickstarter’s, Molly is well on her way as an ongoing series. Molly Danger is looks and acts like a 10 year old girl, but she’s actually an immortal, invulnerable, super humanly strong 30 year old. She’s an incredibly famous hero with fans, merchandise deals but she’s also an incredibly lonely person. She’s trapped because on the one hand she’s probably one of the most famous people on the planet, but she isn’t allowed to have a private life. It tears at her and that’s where the story begins.

EC: How are Molly Danger and Supergirl alike?

JI: Beyond the similarity of their power sets, they’re both ‘good’ people, genuinely altruistic and loving. I think they share a love of humanity and a need to believe in the better nature of people. 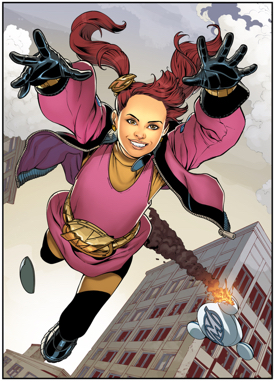 EC: And what makes them different?

JI: Molly is much more world weary and cynical, even if she doesn’t like to admit it. The nature of Molly’s physical condition keeps her separate from the world and that creates a bit of pathos for her.

EC: Molly Danger is published by Action Lab Comics. What makes that publisher unique, and what are some of the other titles they publish?

JI: I think in terms of publishers, Action Lab has an incredibly diverse line-up of creator owned book as well as company created titles. Everyone involved on the business side of the company are people who self published or worked for large marquee publishers. So, while it’s a young company, the staff is comprised of established professionals who are incredibly serious about building the type of company we want to see flourish. The fact that as a smaller publisher, we have the luxury of developing new talents and giving them a platform is something many companies in our position can do. We’ve grown exponentially over the past few years and I feel that Action Lab will be the next marquee publisher in comics.

EC: Thanks so much, Jamal. 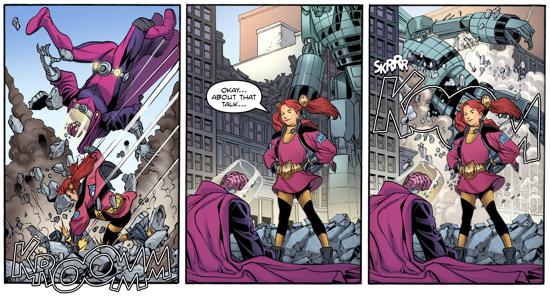