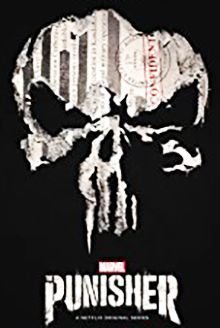 If a comics publisher falls in a forest and no one is around to hear it, does it make a sound effect?

Marvel Comics has been facing growing dissatisfaction over their sundry practices (both alleged and real) regarding their minority characters, their massive event stunts, some questionable actions by sundry staffers and freelancers… even the less-than-beloved reception to their new Inhumans teevee series, which premiered last month. Long-time Marvel fans – and I’m one of them myself – have never seen Marvel receive the stinky end of the stick before; certainly, not like this.

If you were on Marvel’s staff in some marketing or promotion capacity, you might have looked at last weekend’s New York Comic Con as a great opportunity to shine a light on all the groovy new stuff the House of Idea has in its pipeline. Buff up the shine on the corporate engine, so to speak. After all, New York City is Marvel’s home turf and the Comic Con claims (perhaps correctly) that they attract more visitors than the annual San Diego cluster-kerfuffle. This magic opportunity couldn’t have come at a better time. 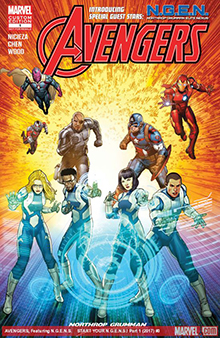 Ahhh. Sadly, that didn’t work out so well.

First – and through no fault of their own – Marvel had to cancel the NYCC promotion for their new Netflix Punisher series. They even had star Jon Bernthal ready to entertain what was very, very likely to be a standing-room-only crowd. Unfortunately, Stephen Paddock decided to murder some five-dozen people in Las Vegas with a number of his 47 reimagined semi-automatics, and Marvel, like others in the entertainment business in a similar position, canceled the panel. For those who are unaware, The Punisher has been one of the most violent heroic fantasy characters since The Spider, back in the 1930s. It’s completely proper for Marvel to show its respect in this manner.

Still, it was a blow to their promotion campaign.

Almost immediately after that, Marvel found itself getting an overwhelming amount of criticism from just about every conceivable corner of our own personal Bizarro World for climbing into bed with Northrop Grumman, one of the world’s largest defense contractors. This bothered a lot of people, even though the campaign supposedly focused on Northrop Grumman’s aerospace activities.

Lots of folks – fans, retailers, comics professionals – pointed out that Marvel has spent a lot of time and energy bragging about how war profiteer Tony Stark abandoned his munitions business for moral reasons in their comic books and, now, their movies. If you conflate Northrop Grumman with Stark Industries (in all its names), you’re left with the reality that, unlike Stark, Northrop Grumman is all too real. In other words, they really make a lot of stuff that kills people. Sort of like Stephen Paddock, but without the profit incentive. 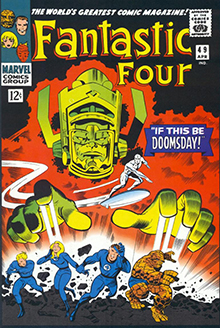 So Marvel killed that campaign, removed all presence from its online activities, and cancelled that NYCC panel as well. I feel their pain; nobody enjoys watching Daffy Duck get cheered on by the crickets.

Typically, one would think the only way Marvel can work its way out of their deep promotional hole is to produce better comic books. But, really, comic book sales are so low that the bad press exceeds the positive impact of better stories – even if anybodymreally knew what the general public considers “better comic books.” Besides, it takes a long time to produce comics stories – particularly when one has to consider the four-dimensional domino effect that comes along with being faithful to current continuity.

One would think that, 20 years from now, Spider-Man and the X-Men and the Hulk will still be around and all this would be on the level of a fart in a blizzard. I certainly hope that’s true, but being a Geek Culture historian, I am reminded that damn near everybody in America used to be quite familiar with The Lone Ranger, The Shadow, The Saint and Nick Carter… characters that have been revived frequently (and, often, bizarrely) but achieved little or no traction. It can happen to every commercial product. It’s been a while since I’ve been able to buy Burma Shave.

I hope this does not happen. I’ve been a comics fan since Eisenhower was president; I wouldn’t know what to do with my time.

Besides, I miss The Fantastic Four.