Dennis O’Neil: What Is Star Wars? 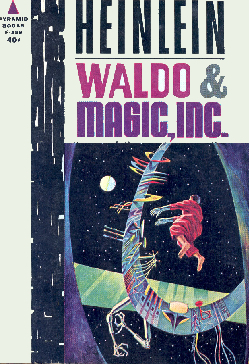 We ended last week’s dissertation by asking if superhero stories are science fiction. You remember? Good. I cherish your acuity. And, acute citizen that you are, you have already broadened the question to include pulp stories and entertainments like the Star Wars franchise.

Let’s focus on that, for surely we are all familiar with it. The Star Wars saga has spaceships, ray guns, bizarre aliens and even a girl who is clad in a harem costume for no other reason, apparently, than that she’s awfully cute: all stuff that used to be staples of science fiction, especially the pulpy kind. But I don’t recall those words – science fiction – being used to describe anything Star Warsian. And the stories themselves contain no references to real world (universe) science or extrapolation from current reality. In fact, the storytellers go out of their way to deny any such connections: the first movie begins with the words “Long, long ago in a galaxy far away…” In other words, dear moviegoer, you can hunker back in your seat and forget about measuring what’s happening on the screen against what’s possible. Dammit, just enjoy!

But here a conundrum puts us in mud. If something looks like science fiction and acts like science fiction, don’t those qualities, in fact, make it science fiction? You’re asking me? (Perhaps I should have tried harder not to doze during those eight a.m. philosophy classes, though I don’t know if Thomas Aquinas’s metaphysics would contribute much to our discourse.) As noted above, a conundrum, and one with no ready solution.

We know that civilization would be well-nigh impossible without classification, codification, grouping the chores that absorbed Linneaus and Aristotle and their ilk. We have to know what things are and we have to have names for them if we want to talk about them, which we do. Let us unequivocally approve of calling things names and giving those names precise meanings. None of which tells us what Star Wars is.

I’m hardly the first to address this problem. A few decades ago, around 1940, well before Star Wars, someone coined the term “science fantasy” for Robert Heinlein’s novel Magic Inc. Maybe that’s as close as we can come, right now. As the Encyclopedia of Science Fiction tells us, “science fantasy” has never been clearly defined. So maybe we’re stuck with it.

But...bleech! Generally I feel kindly toward oxymorons and that’s what I believe this is, but something about it irritates me. It’s clunky, right? Can’t we do better by Star Wars? Find a new classification? Or… hmmmm maybe we’re in the process of evolving past our need to classify. And wouldn’t that be interesting, and significant, and just possibly scary?

Maybe they’ve already done it, those inhabitants of a long ago in a galaxy far away.