We’re about a month out from Halloween and way past time to start planning! While Anya still doesn’t know if she’s going to be a Ghostbuster or not, Maddy is determined to be Harley Quinn — even if every other girl in their high school is too.

In this week’s episode, we talk to the Executive VP of Rubie’s costumes about what’s hot this year (& get a little background on their really cool store & website) and then we look back at some of our favorite cosplay from SDCC to see if anything sparks a Halloween costume idea.

Let us know what you’re being for Halloween…and maybe help Anya out. 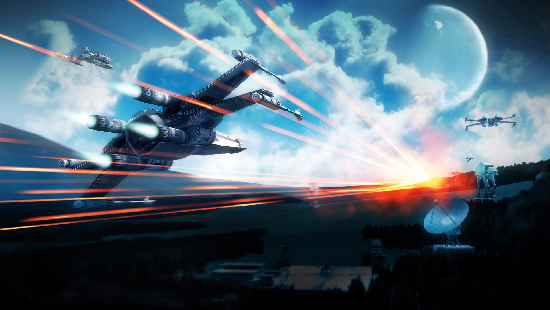 Spoiler Alert: This column will deal with some plot points in Star Wars Episode VII The Force Awakens. It’s possible that you may not have seen it yet although I think just about anyone who has any real interest in seeing it has seen it. If you are one of those who haven’t seen it and want to avoid plot revelations, avoid this column. Likewise, if you just don’t give a hang about Star Wars, you might want to avoid it as well. It’ll just bore the life out of you. Fan geek stuff. You know.

I’ve seen the new Star Wars film, Episode VII The Force Awakens a couple of times. Twice at least in the IMAX theater and now on Blu-Ray. Basically, I really enjoyed it. It makes up for the prequels and does what I always wanted in the next Star Wars film – it tells me what happened next.

That said, I do have some quibbles. I don’t mind, as some fans do, that the movie seems to replicate plot points from the first SW film, a.k.a. Episode IV. They had the Death Star, Episode VII has the Starkiller Base. The planet Alderaan gets blowed up real good in Episode IV; the planetary system that included Coruscant got blowed up real good in Episode VII (which, by the way, I think was a mistake). Both films have the mentor figure killed off by the villain dressed in black who wears a helmet. Skywalker males are whiners in all the trilogies. Anakin was a big time whiner in the prequels, Luke whined at least at the start, and now Kylo Ren whines just before he commits patricide. Leia never whines. Han doesn’t whine. Just the Skywalker boys.

Some of the similarities annoy me. Why is it, when the Jedi suffer a set-back, they go off somewhere to pout… excuse me, “meditate”… while the galaxy falls apart? Yoda and Obi-Wan could have found and rallied the remaining Jedi (or created new ones) to go after Darth Vader and Darth Sidious. But no. The remaining Jedi lie in hiding while terrible things happen to the galaxy and the planet Alderaan gets blowed up real good while the remaining Jedi pout. I mean meditate. In the new film, it’s a big plot point that the galaxy is waiting for Luke to come back and save it. The bad guys are hunting for his location so they can kill him and wipe out any possibility of the Jedi really returning. That’s a given. Where’s Luke? Off pouting. I mean meditating. And the flaming Coruscant system gets blowed up real good.

I suppose it could be argued that Luke, after his first attempt to make more Jedi goes spectacularly bad, decides to go look for the first Jedi Temple since he doesn’t really know what he’s doing. However, that’s speculating without any real proof.

In the earlier Star Wars films, it is said that Darth Vader, a.k.a. Anakin Skywalker, still had some good in him. I’ve argued this before: I don’t see it. He killed children, he betrayed the Jedi Order, he helped hunt down remaining Jedi, he was complicit in the destruction of the planet Alderaan but it’s okay because, at the end, he turns on the evil Emperor because the latter is electrocuting Vader’s son.

Now, in the latest film, the new Man In Black, Kylo Ren, a.k.a. the son of Han Solo and Leia Organa, kills people, wrecks Luke’s nascent new Jedi Club, orders the destruction of a village, is complicit in the destruction of a whole planetary system and he commits patricide. Yes, this a-hole kills off his Dad, Han Solo, who is one of the favorite characters in Star Wars, who is trying to help him at the time. Kylo does lots of other nasty stuff but we know he will be around for the next film and probably the one after that. If the other films follow the pattern of the earlier films, we may see a desire to redeem the little bugger as Vader was redeemed.

Let me repeat. Kylo (Ben Solo) Ren commits patricide. Throughout history in Western Civilization, that is considered an unspeakable crime, an unforgivable sin. I loved Han Solo and, before he buys it in this film, we’re given some great moments that reminds us all why he’s such a favorite character. And his little snot of a son kills him.

I suppose in the next film or so we’ll get some of Ren’s backstory and maybe understand him better. As it is, I feel no sympathy, no empathy for him. I don’t think he is redeemable any more than I think Vader/Anakin was redeemed. IMO, he needs to die as soon as the plot can arrange it.

However, as I said before, these are quibbles. I don’t want to give the impression that I didn’t like the new Star Wars because I enjoyed it immensely. I found it satisfying and a great return to a galaxy far, far away. I think the female lead, Daisy Ridley playing Rey, is a wonderful addition to the saga. At recent conventions I’ve attended, I’ve seen a lot of young girls cos-playing Rey and I think that’s great. It invigorates Star Wars with new energy.

But they can shoot Kylo Ren any time.

Molly Jackson: Barbie’s Back! Or… Barbies’ Back? 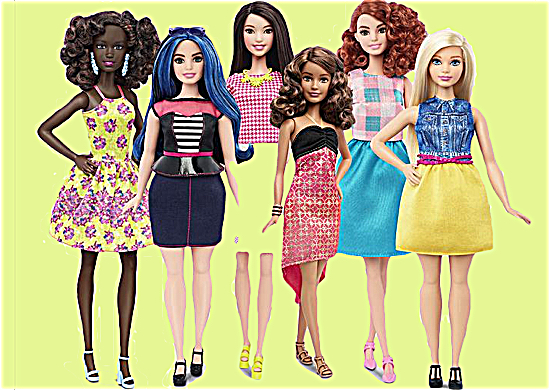 February is always a busy month for me. With the start of the year behind us, I am faced with planning and organizing for the spring. The big event for my winter/spring is Toy Fair in a couple weeks.

Yes, Toy Fair is a major industry event that gives the buyers and press a chance to see what’s coming for the year in the toy world. Now, every year I’m excited to go but this year, I admit, I am definitely more excited than ever before. It took a little while to discover the reason, but it is pretty simple. It’s because of Barbie.

In case you missed the announcement last week, Barbie revealed their line expansion of new body types and racial markers for their doll line. Now you can buy a curvy, tall, or petite doll. You can buy multiple skin types, hair types, or eye colors. Barbie is finally showing that there is more than one type of woman. It may seem like a small change but pairing those image changes with the new career choices and this Barbie would look down on the toys of my generation.

I was never a huge Barbie fan as a kid, but I played with them and I always recognized their cultural significance. I still own some collectible Barbies, including my Star Trek Barbies. But to have Barbie, and by extension Mattel, recognize me and millions of other types of women? That is huge in my book.

The past year or so has seen toy manufacturers start having to listen to their consumers. It has also included campaigns to add women into toy line ups. I personally was part of the We Want Widow flash mobs, where we cosplayed as Black Widow in public to show toy manufacturers that she should be included more in Avengers toy sets. More recently, we got to watch manufacturers stumble over themselves as they rushed to put out Rey toys for the new Star Wars movie. They were shocked and surprised that kids and adults wanted to play as the lead role in the movie.

Fast forward to this year’s Toy Fair. Mattel, one of the major toy companies, has updated one of their oldest toy lines to bring it into a new age. Toy companies like I Am Elemental are still going strong among the sea of other options. In case you don’t know, I Am Elemental is a line of female superheroes action figures based on female figures from history. There will be a panel discussing if the gender divide in toys is justified. The best part is that the toy makers will be there to listen and hopefully learn.

It is true that I might be overly optimistic. The changes won’t be happening tomorrow, or probably even this year. But there is a chance that this change is real and is making an impact right now on the toy world. Encouraging the next generation of women through toys would give us a stronger and better generation to take us into the future. I have to hope that this mindset will stick and if it does, I will be happy to support them. And also play with their toys.