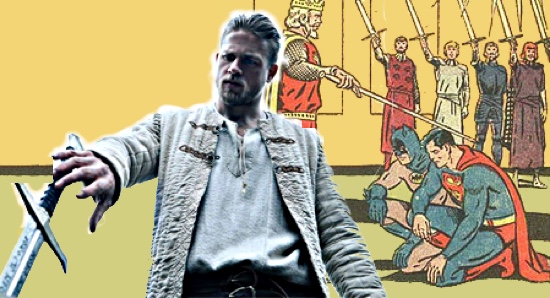 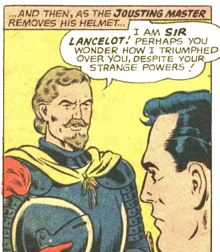 Sometimes Geek Culture – and comics – serve up social commentaries for the world at large. One end of the spectrum is firmly occupied by O’Neil & Adams’ groundbreaking Green Lantern/Green Arrow series from the 70s. The other end of the spectrum has so many more examples: Eightball, Doonesbury, Love and Rockets, etc. Each employ varying degrees of heavy-handedness.

The past week there were two examples that offered insights and lessons…and the sad part is if you’re not careful you might miss both.

The first was the Guy Ritchie’s recent cinematic King Arthur: Legend of the Sword. This film earned the dubious honor of being the summer’s first big flop. And yet it doesn’t seem like summer’s even started yet.

And, of course, this raises the stakes for Warner’s next big movie, Wonder Woman. “That one better be a hit,” thinks every Warner executive.

I’m a sucker for Arthurian legends. I think it all started for me with that World’s Finest issue where Batman and Superman have an adventure in Camelot. That story offered up the notion, which made total sense to a super-hero obsessed kid like me, that the Knights of the Round Table were essentially a superhero club. 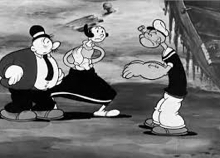 You’re probably slowly nodding your head in mock agreement and thinking: “Riiiight. Sure they were.” Your lack of agreement is appropriate. But hey, I was just a kid and it was the sixties.

But that comic, along with some of dad’s bedtime stories, spurred me onto a life-long interest in Arthurian legends. So it was inevitable that I’d see this movie (with my dad, no less). And I was very open to whatever interpretation the director Guy Ritchie was developing.

During the closing credits, I came to the conclusion that this was a tale all about “bro culture.” You may have been reading this in business magazines, or even in the New York Times a few weeks ago in the article entitled “Jerks and the Start-Ups they Ruin.” The idea is that many up-and-coming entrepreneurial tech companies are run by boorish jerks. I know a few. They eschew the traditions of business and are guided/encouraged/self-vindicated by their own rule-breaking success. They epitomize everything bad from the stereotypical college frat-house. 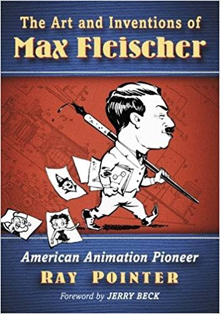 In that NY Times article, Dan Lyons explained it this way:

What is bro culture? Basically, a world that favors young men at the expense of everyone else. A “bro co.” has a “bro” C.E.O., or C.E.-Bro, usually a young man who has little work experience but is good-looking, cocky and slightly amoral — a hustler. Instead of being forced by investors to surround himself with seasoned executives, he is left to make decisions on his own.

Bro CEOs also possess a sense of destiny and an underlying notion of getting the good things they deserve. And that all fits well with this version King Arthur saga. Hollywood’s most recent King Arthur wasn’t altruistic or a romantic. He was a thug who hustled his whole life and saw Camelot as one more clubhouse where he could hang his “Boys Only” sign.

Are we, as a society, getting tired of bro culture? You may have seen the glee with which the media slammed UBER, perhaps the poster child of BRO Culture, for their miscalculations of millions and a payback promise to drivers.

I like to think that King Arthur: Legend of the Sword’s poor performance portends the nation’s growing fatigue with and impatience for bro culture startups. But I also worry we all have a ways to go.

And I have another example. I’m also really enjoying The Art and Inventions of Max Fleischer by Ray Pointer. This book is published by McFarland & Company. You may see their booth every year at San Diego Comic-Con, although I admit I borrowed this copy from the library. 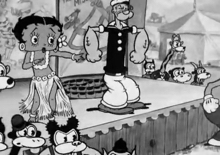 It’s the story of the guy who competed with Walt Disney. Everyone knows Disney today, but few folks know the name Max Fleischer, Oh, they may remember some of his cartoons. Names like Betty Boop, Ko-Ko the Clown, Gulliver and Popeye aren’t really on the bleeding edge of coolness today.

Reading Fleischer’s story made me remember a particular time in my career. It was during the first dot.com bubble. We were a start-up and we were getting ready for the upcoming video streaming revolution. We were all millionaires for about twenty minutes. At that time, the majority of American households still used dial-up modems, so we were a little ahead of the curve. When a guy named Reed and his start-up, called Netflix, burst on the scene, we all laughed at his naive business model. We were so wrong. Such hubris is painful to recall today.

And that kind of happened with Max Fleischer as he dismissed Walt Disney and struggled to keep up with the rapid changes in technology and pop culture. To be fair I think he was much smarter and more creative than we were. It’s hard to really understand that in business, things can change swiftly. And that a pecking order, with winners and losers, can be inverted quickly and often is.

You know, if I was the guy planning the syllabus for an MBA program, I’d definitely slip some Geek Culture books and movies, like these two, into the mix. That’ll learn ‘em!