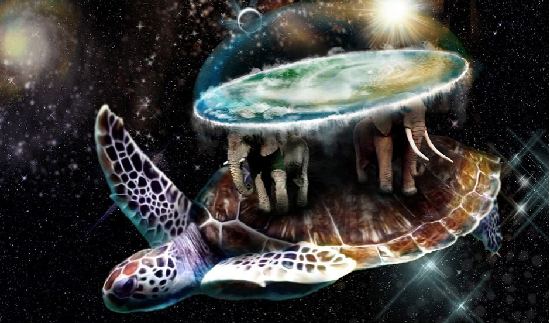 Despite knowing I’m probably going to lose a healthy dose of sanity before the end, I’m super excited to be helping to bring back this awesome Discworld Con for North American (and world-traveling!) fans. We took a break in 2015 (due in large part to Discworld creator Sir Terry Pratchett’s declining health and sad passing in March) but even with Sir Terry gone, his creations and fans live on, and we will continue to celebrate that “until the ripples they cause in the world die away.”

For further convention news, please stay tuned to the new NADWCon website, and check out our first press release there, reprinted in full below.

The North American Discworld Convention (NADWCon), a literary convention focusing on the works of Discworld series author Sir Terry Pratchett, will be returning to the fandom convention schedule in 2017. NADWCon, which debuted in Tempe, AZ in 2009, and has since taken place in Madison, WI in 2011 and Baltimore, MD in 2013, is a four-day convention of approximately 1,000 attendees which consists of themed Discworld and other Pratchett-related programming and guests.

The 2017 NADWCon will be organized by RavenQuoth, Inc., a nonprofit 501(c)(3) organization that was responsible for NADWCon 2013, which raised over $24,000 in charity funds that were split equally between the Orangutan Foundation UK and Alzheimer’s Research UK. The 2017 NADWCon will be co-chaired by Emily S. Whitten and Richard Atha-Nicholls. Emily S. Whitten was co-founder of The North American Discworld Convention, Vice-Chair of NADWCon 2009, and Chair of NADWCon 2011. Richard Atha-Nicholls was Chair of NADWCon 2013 and is President of RavenQuoth, Inc.

In the summer of 2014, RavenQuoth, Inc. received approval from Sir Terry Pratchett to organize future North American Discworld Conventions. Sir Terry, best-selling adult fiction author in the UK, award-winning writer of over 70 books during his career, and creator of the Discworld series, passed away on March 12, 2015 at the age of 66 after living with Alzheimer’s disease for eight years. NADWCon 2017 will be held in memory of Sir Terry, in honor and celebration of his works, and in the style which Sir Terry so enjoyed while attending as the Guest of Honor at prior Discworld conventions.

NADWCon 2017 and RavenQuoth, Inc. will provide further announcements and details about the 2017 convention in the upcoming months. Further information will be available at http://nadwcon2017.org.

Until next time, The Turtle Moves! And Servo Lectio!