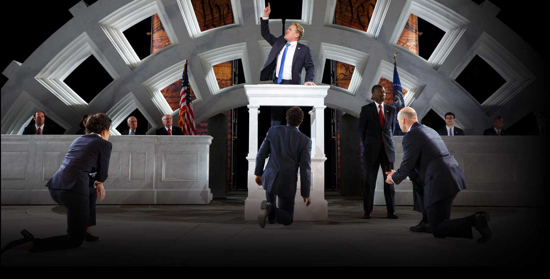 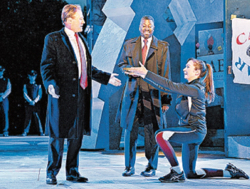 Especially as that life relates to comic books.

In fact, the only story that interests me at this moment, in terms of popular culture and the joys and stresses it can bring to us is this one about the Public Theater’s production of Shakespeare’s Julius Caesar that is part of its free Shakespeare in the Park at the Delacorte Theater http://www.centralpark.com/guide/attractions/delacorte-theatre.html in New York’s Central Park. As so often happens with productions by the Public Theater, and productions of Shakespeare plays throughout the centuries, Julius Caesar has contemporary political overtones. In this case, the play is staged to suggest certain similarities between Caesar and our current president. As you may know, if you passed your high school English literature classes, Caesar is assassinated. 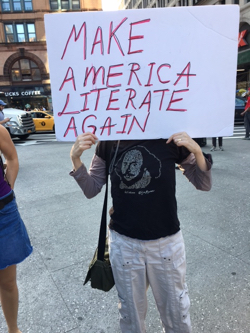 Right-wing commentators were appalled and denounced the production, accusing it of promoting violence against the President. As a result, Delta Airlines and Bank of America pulled their support for Shakespeare in the Park.

And then, as if to answer my prayers, comic book writer Nick Spencer chimed in with his opinion. The story has a comic book hook! It’s appropriate for this column!

I don’t know Nick Spencer, nor am I particularly a fan of his work. I think it’s kind of adorable that he thinks readers who don’t want to buy his work is somehow parallel to corporate sponsors reneging on commitments they made, citing political reasons for an excuse, but, sure, if that makes him feel better, I’m happy for him. That he thinks his work is comparable to Shakespeare makes me think he may have been over-praised as a child.

Let me be clear: Delta Airlines and Bank of America are entirely within their rights to refuse to fund work with which they have problems. This is not censorship, just as advertisers pulling their sponsorship from Bill O’Reilly’s show was not censorship. Depending on the specific terms of these specific contracts (about which I know nothing), they should be able to do with their money as they wish.

In this case, however, I think they are being stupid. And I’m not the only one. That links to an editorial in the New York Daily News, which, for the record, endorsed Mitt Romney in the 2012 election.

Julius Caesar is a play about an assassination. It is about a leader who overreaches in his quest for power, and the reaction (and over-reaction) to his actions. It has been performed for centuries, and, frequently, audiences have remarked about its relevance to their particular political moment.

In my high school English literature class, we read the play, discussed it, and I don’t remember anyone interpreting it as advocating assassination as a solution to problems. I was at an Episcopal boarding school, where I would guess that most of my classmates and many of my teachers were Republicans, yet we did not disagree on this point.

This has also not been the interpretation of other productions of this play, including a recent one that imagined Caesar as an Obama-like figure . I don’t recall any calls for a boycott of that version.

Some people compared the Public’s Caesar to Kathy Griffin’s recent posting of a photo of her holding a prop of a bloody Trump head. I guess they are alike in that they upset a particular demographic, but I don’t think there are similarities beyond that. Griffin’s photo was, in my opinion, a stupid and graceless bid for attention. It did not engage in any discussion of any issue. It made no statement other than that Kathy Griffin sees herself as a fighter against Trump. I believe she had a right to post that photo, but I also think it added nothing to our national conversation about this administration.

That’s not the case with Shakespeare. The plays have lasted for centuries because they continue to reveal new things about human nature and human society. And, in this case, they bring a little more Corey Still into our lives, which is always a good thing.