Michael Davis: No Sex On The Good Ship Lollipop 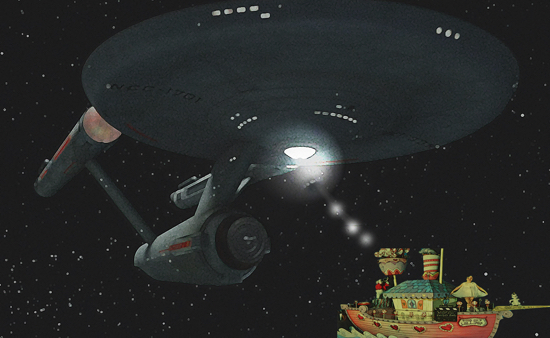 In the 1960s, the Black Panthers were the number one target of the FBI. They were viewed as terrorists and J. Edgar Hoover, the longtime leader of the most powerful police force in the world, was hell bent on getting rid of them by hook or by crook.

It’s no secret the United States Government from time to time will ignore the law. It’s fair to say it goes on often and as far as we know it goes on all the time. When caught, those who swore to uphold the constitution offer apologies for actions that dismissed the law like Trump denies any negative press.

But it’s all bullshit.

If not caught these people may have stopped breaking the law, but it’s doubtful they would have been sorry. I gather few are sorry for wrongdoing that benefits them. How many people have you seen come forward to admit how sorry they are for gaming the system when they have no incentive to do so?

The FBI broke all sorts of laws to accomplish their Black Panther agenda. As always, don’t take my word for it. Google that bitch. Unless you’re blind to the truth backed up with a few court rulings the war on the Panthers was a one-sided American tragedy fueled by a lie and driven home by a liar by the name of J. Edgar do I look fat in this dress Hoover.

Yeah, I can talk a lot of shit from my cozy little home in suburban Los Angeles. I can talk smack because I’m secure in the knowledge I’m protected by:

I’m not as naïve as the above list would suggest. I’m fully aware my rights are subject to the will of the arresting officer and temperament of the D.A. regardless of my innocence if arrested for a crime I didn’t commit.

Been there had that done to me. Twice.

My circumstances notwithstanding in 2017 there exists a reasonable chance that someone may be believed if they claim police brutally or unjust treatment.

In 1966 the odds of a black person being believed were slim. I would wager a Jewish person would face the same type of incredulity and, given what happened to the three Civil Rights workers in Mississippi June 1964, the same dangers.

In June 1964 in Neshoba County, Mississippi, three civil rights workers were abducted and murdered in an act of racial violence. The victims were Andrew Goodman and Michael “Mickey” Schwerner from New York City, and James Chaney from Meridian, Mississippi.

All three were associated with the Council of Federated Organizations (COFO) and its member organization the Congress of Racial Equality (CORE). They had been working with the “Freedom Summer” campaign by attempting to register African-Americans in the southern states to vote.

This registration effort was a part of contesting over 70 years of laws and practices that supported a systematic policy of disenfranchisement of potential black voters by several Southern states that began in 1890.

The three men had been arrested following a traffic stop in Meridian for speeding, escorted to the local jail and held for a number of hours. As the three left town in their car, they were followed by law enforcement and others. Before leaving Neshoba County their car was pulled over and all three were abducted, driven to another location, and shot at close range. The three men’s bodies were then transported to an earthen dam where they were buried.

Two of the three men killed for trying to do the right thing were Jewish.

In the 50s and 60s, certain parts of the deep south were deadly. Those who sided with black people were treated as if they were black people often that meant death. It’s one thing to risk your life for your rights; it’s another thing indeed to do so for somebody else’s.

In my mind, that’s the textbook definition of noble. That takes a whole other level of balls. It’s gangsta with a capital G.

In 1966 the F.B.I was on a mission to destroy the Black Panther Party and woe be on to those who got in their way. 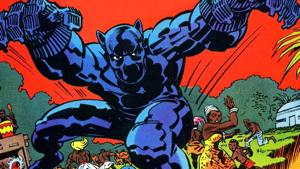 Marvel Comics was all the rage on college campuses in the 60s. Stan The Man Lee was the captain of one of the hottest pop culture ships to set sail in the ever changing 60s sea. His first mate Jack King Kirby navigated just as much of the Marvel boat as Stan and together they ruled comics, campuses and cool.

Stan wasn’t content to just cruise. He continuously looked to change the comic book landscape he had already transformed. DC wasn’t without some cool stuff, Wein and Wrightson’s Swamp Thing, Adams and O’Neil’s Green Lantern / Green Arrow those books along with others were DC’s stellar addition to the cool that Stan ushered in. Alas, those came in the late 60s early 70s.

DC held its own in sales, but in the ‘cool’ department they were outclassed at just about every port. Seen by most as still just for kids DC may have sold as much or more, but Marvel was – to use 60s slang – where it’s at.

The age of sex, drugs and rock and roll embraced Marvel. although they featured none of the above. Neither did DC.

The difference was a bit like the shower scene in Psycho. People swore they saw the knife plunge into Janet Leigh. There was no sex drugs or rock and roll in Marvel books, but fans thought there was.

Over at DC you didn’t have to be in collage to know Lois Lane may have had the title “Superman’s girlfriend” but everyone knew Clark wasn’t hitting that.

Put another way… DC was the Good Ship Lollipop and Marvel was the ever lovin’ Starship Enterprise.

Like another ship, the Titanic, once people heard about Marvel they couldn’t wait to jump on board. Likewise, the Titanic, Stan and Jack faced an Iceberg.

Unlike the doomed ship they looked for that potential death dealer on purpose. Those two Jewish guys were about to take a stand and strike a blow for civil rights. Not for themselves – for African Americans and doing so, whether they knew it or not, chuck a serious fuck you to Hoover and his crew.

A Black Panther with a serious attitude showed up in New York and preceded to win over the masses with his message. If J. Edgar won’t wear white after Labor Day, Hoover wanted to do something he couldn’t just bum rush the place he knew the Panther would be.

That’s because this Black Panther wasn’t real. Stan and Jack made him up out of thin air. Or did they? In 2017 it’s hard to imagine meeting someone who had not heard of Donald Trump’s:

The Black Panther Party was a regular item in print and broadcast news. The year was 1966 what you read in the newspaper or watched on TV was damn near (for many it was) gospel.

Ya think Lee and Kirby just happened to create a character with the same name as the most wanted radical group this side of the Weather Underground with no knowledge that group existed?

That’s as likely as a character called The Birther showing up out of thin air.

Tag Line: He Came Out of Thin Not American Air!

Stan was as tuned in to what American college kids were doing as anyone over 30 could be. He spoke at many universities, and Marvel’s mail was an endless stream of hip American youth feedback.

The question is, did Stan, and Jack create the Black Panther to make a buck or a difference? Did they risk aliening some fans becoming an FBI file and possible violence?

I’m sure a lot of you think you know the answers but I most certainly do. Mine came straight from the man himself.

The Point Radio: Freddie Highmore Mastering The Art Of Creepy

We wind up our coverage of the new season BATES MOTEL talking with Freddie Highmore. So is Norman Bates really a bad guy, or just misunderstood and how much of Freddie is really in that character? Plus he may be the real super villain of March Madness. Why does everyone hate Christian Lattener?

In a few days, look for our coverage of GRIMM and where the season will end for that series, plus a look at comics’ newest TV hit, IZOMBIE.
Be sure to follow us on Twitter @ThePointRadio.

The Point Radio: Check In For More Creepy At BATES MOTEL

It’s a sure sign that spring is on the way when the doors open for a new season of BATES MOTEL. Show runners Carlton Cuse and Kerry Eihern, along with the main momma herself, Vera Farmiga, lay out what is coming up this year. Plus remember Trapper Tice and the boys from AIMS? They’ve decided to focus their creature capturing activities on one target this year, Big Foot. It’s all on a new season of MOUNTAIN MONSTERS and we have a preview.

In a few days, more BATES MOTEL as we sit down for an exclusive talk with Nestor Carbonell who finally reveals the connection between his character and Norma. And POWERS debuts on Playstation this week and we go behind the scenes for a look.
Be sure to follow us on Twitter @ThePointRadio.